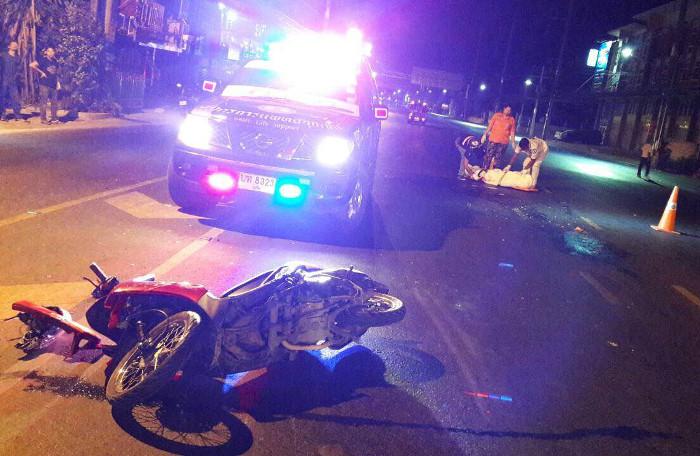 PHUKET: Police are hunting a truck driver who ran over two men on a motorcycle, killing one and critically injuring the other, near the underpass at the Central Festival Phuket intersection this morning.

“At the scene, there were two victims lying in the road and a badly damaged motorbike nearby,” said Lt Patcharee Wongboon of the Wichit Police.

“Witnesses said the 18-wheeled truck continued northbound without stopping after colliding with the motorbike.”

Neither victim had any form of identification on them. Both were taken to Vachira Phuket Hospital, where one was pronounced dead on arrival and the other was given emergency treatment for serious head injuries.

Police hope CCTV footage will help identify the truck and its driver, as well as the victims.