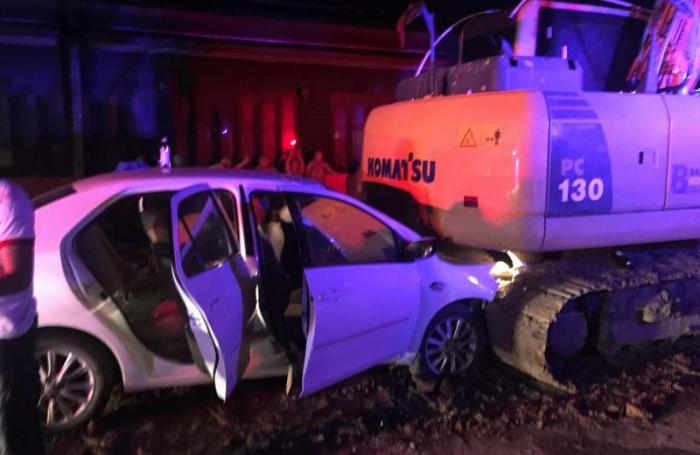 PHUKET: Three Russian were injured when the car they were in smashed into a backhoe parked on the Manik-Cherng Talay Road in Srisoonrthon early this morning.

“The foreigners, named Vitaliy Savenko, 49, Natalia Eremikhina, 23 and Pavel Martynov, 23, were heading toward the Heroines’ Monument about 5:30am. They came across a road construction site where the backhoe was parked, and could not brake in time to avoid a collision,” Lt Sunan Petnhu of the Thalang Police told the Phuket Gazette.

“There were speed signs alerting them to slow down, but because it was quite dark, they didn’t see the warning until it was too late,” Lt Sunan added.

All three were taken to Thalang Hospital, where they are reported to be ‘conscious’.

A few hours before the Russians hit the backhoe, two women were injured in a similar fashion when their motorcycle collided with it.

“At this stage, we have yet to press charges against anyone. However, we are still investigating to see who is responsible for this,” Lt Sunan added.