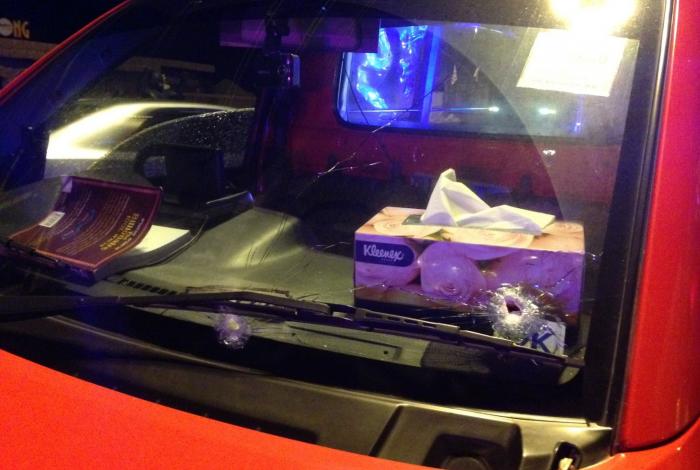 PHUKET: Police on Friday arrested and charged a man and his son who are suspected of hiring a gunman to kill the president of the Patong Tuk Tuk Drivers’ Club last Tuesday (story here).

The suspects, 38-year-old Wattana Nawakaew and his son 17-year-old son ‘Tong’, have both been charged with gang-related crimes, including gang murder, possession of illegal firearms and ammunition, illegally carrying firearms in public as well as hiring a gunman.

They were both arrested at a rental house in Phuket Town.

“Mr Wattana denied the charges. However, the son reportedly revealed that his father and the victim, Sakol Srisompoch, had had prevailing problems over the tuk tuk business for quite some time,” said Kathu Police deputy superintendent Ampholwat Saengruang.

“Mr Wattana was one of the drivers affected by a crackdown on illegal taxis in June 2013 (story here) – a move that was initiated by Mr Sakol – and was subsequently arrested back in September that year,”
said Col Ampholwatt, adding that a total of six suspects were involved in Mr Sakol’s murder.

“We have issued arrest warrants for four other suspects believed to have been involved in the shooting, including the gunman, a driver and others involved in the planning of the execution. They may have already left Phuket,” said the colonel.

Police have also gathered as evidence two motorcycles and helmets believed to have been used by the suspects.