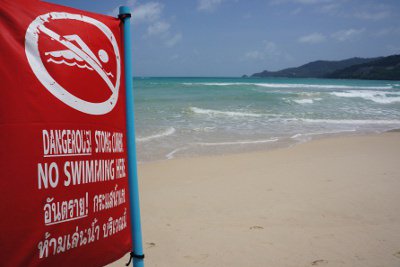 The body of the man, whose name is being withheld pending notification of next-of-kin, was found near the northern end of the beach at about 10:30am.

Police believe the man died an hour before his body was found.

“The man arrived in Phuket on November 13 and was scheduled to depart on November 23,” the Phuket Gazette was told.

The area where the man’s body was found is the same location where American student Joshua Shane drowned while taking a night swim with friends in June.