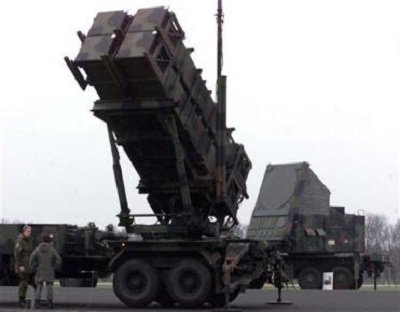 PHUKET: Turkey has said it has intensified talks with NATO allies on how to shore up security on its 900-km (560-mile) frontier with Syria after mortar rounds fired from Syria landed inside its territory.

“NATO does not exist for nothing,” ANP quoted Dutch Defence Minister Jeanine Hennis-Plasschaert as saying.

A Dutch Defence Ministry spokesman said: “There is no request but the Netherlands and Germany are the only countries in Europe with Patriots.”

The Dutch minister spoke to her German counterpart last week about a possible deployment, ANP said.

A spokesman for Germany’s Defence Ministry said on Saturday NATO would consider any request from Turkey and confirmed that the United States, the Netherlands and Germany were the countries that had the appropriate Patriot missiles available.

Turkey will formally ask NATO on Monday to set up missiles on its border with Syria due to growing concern about spillover from the civil war in its neighbour, Germany’s Sueddeutsche Zeitung newspaper reported on Saturday.

NATO has said it will do what it takes to protect and defend Turkey. Turkey has said it is talking to its NATO allies about a possible deployment of Patriot surface-to-air missiles.

NATO ambassadors would have to consider any request from Turkey and they have a regular weekly meeting on Wednesday but they could call a special one at any time. European Union defence and foreign ministers will be in Brussels today for meetings.