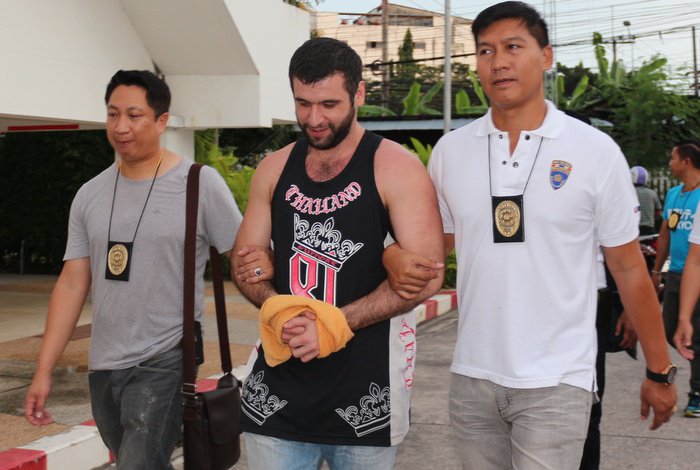 PHUKET: Immigration scooped up a Russian fugitive in Phuket who was wanted by Interpol in a more than 62-million-baht clairvoyance fraud case.

Eldar Gasanguseynov, 29, was charged in Russia for ‘extremely large-scale misappropriation by fraud committed by the [sic] organized criminal group’.

Mr Gasanguseynov is wanted for fraudulent activities committed between October 18, 2010 and September 14, 2012, operating under the names of the following companies: Centre of Development; QuadroMed; AltraMed; AlphaMed; Biolife; and International Academy of Clairvoyance.

“We only charged him for overstaying, as he has done nothing else wrong in Thailand. He will have to face the fraud charges in his home country. Such matters are the responsibility of Interpol,” Col Sunchai said.

Mr Gasanguseynov, who was arrested in the parking lot of Nai Harn Gym in Rawai, will be transferred to the Immigration Police Headquarters in Bangkok and then deported. He faces a maximum jail sentence of 10 years in Russia.