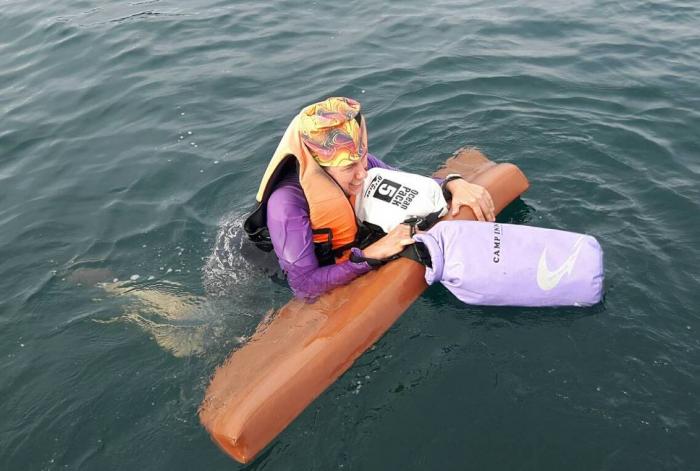 KRABI: A Russian family of five, a guide and a coxswain were rescued yesterday evening after their speedboat sprang a leak and sank in Phang Nga Bay.

Thanbok Khoranee National Park Chief Champen Pompakdee and a team of officers arrived at the scene – 5 sea miles (over 9 km) from Koh Hong – in three boats and successfully rescued all seven passengers and crew. The family comprised a husband and wife and their three daughters.

“They were floating in the sea with the help of life jackets and buoys. The 25-meter speedboat, almost completely submerged, was also nearby,” said chief Champen.

The park chief did not reveal the names of the tourists.

“The 35-year-old guide, named as Manasya Hirano, told us that she took the family from Phuket and stopped by Koh Hong before heading to Koh Kai. At 4pm, they were making their way back to Phuket from Koh Kai when the rear end of the boat started leaking. Ms Manasya called us in when the boat started to sink,” he said.

The survivors were safely back on Phuket by 6pm.