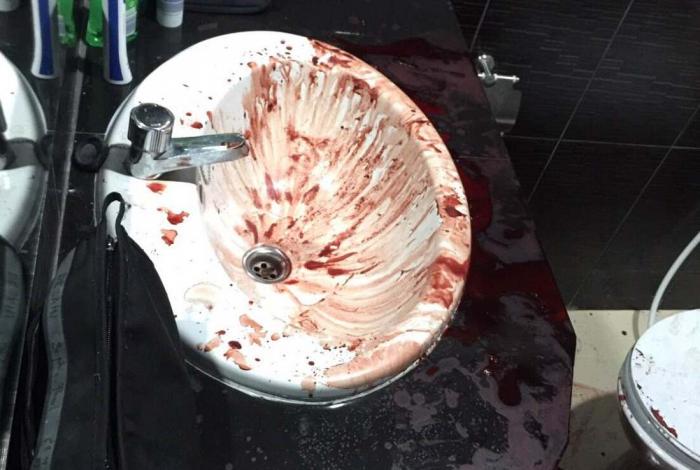 PHUKET: A 63-year-old French tourist was found dead with his throat cut in a Patong hotel room last night.

Patong Police Captain Sirinart Cherdchutrakulthong received the report at about 9:30pm after a ‘Delicious Residence’ hotel staff member found the man’s body in a pool of blood in the bathroom.

The deceased had checked into the hotel last Friday and was due to check out on November 30, said Capt Sirinart.

“At 9 in the morning, a friend of his went to visit him at the hotel, but there was no answer from the room. His friend came by again at about 9pm, and then notified hotel staff when again he got no response,” said Capt Sirinart.

The staff used a pass key to enter the room and found the deceased with a deep cut to his neck lying on the bathroom floor.

“We walked into a bloodbath. There was blood on the sink, the floor, the toilet seat, the body and on a knife found in the bathroom,” confirmed Capt Sirinart. “There doesn’t seem to be any foul play involved as there were no signs on his body that there was a struggle, and the room hadn’t been ransacked,” he said.

However, we have not ruled out the possibility of murder and continue investigations, confirmed the captain.

The body was taken to Patong Hospital for an autopsy.

The Phuket Gazette is withholding the identity of the deceased until his next of kin have been informed.