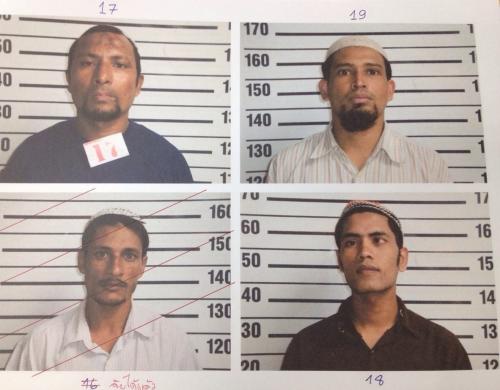 PHUKET: Police scoured mangrove forest around Saphan Hin after having rounded up only four out of 36* Rohingya who to escape from the Phuket Immigration detention center in the early hours of Saturday morning.

“We are still searching for the remaining 32 Rohingya. We have contacted all police stations on Phuket and distributed photos of the Rohingya,” Phuket Provincial Police Commander Choti Chavalviwat said.

“The escaped men do not know Phuket well. We are worried that they might resort to crime,” Maj Gen Choti said.

The six refugees that have been taken back into police custody were caught in the Wichit and Chalong areas.

“They might have escaped because of how crowded the holding cells were, and because they have been held since March,” the Governor speculated.

* The Gazette originally reported that police had rounded up six of 38 Rohingya who had escaped the facility. It has now been clarified that two of the refugees were caught before managing to escape the premises.