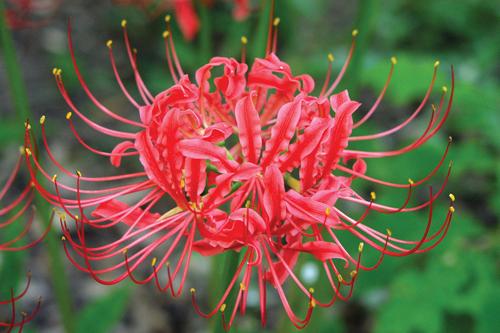 PHUKET: Oliver Wendell Holmes, an American lawyer, once wrote: “It is better to be seventy years young than forty years old”.

I hope he’s right. What we do know from experience is that gardening is a rejuvenating activity that helps to keep one young. How? Simply by doing it. All that rich, oxygenated air filled with fragrance, every visual delight, the abiding sense that you have contributed your bit to nature’s spectacular.

“How does your garden grow?” Well Mary, in the nursery rhyme, you may have been “contrary”, but at least your flowers did bloom. Moreover, they would have flourished even better in tropical Phuket. Every gardening day, you are charmed by something new: a fresh flower, a different butterfly, an unexpected fruit. Andrew Marvell, the Puritan poet eloquently alluded to the sheer pleasure as well as the therapeutic effects of savoring a garden: an absorbing experience where all one’s worries temporarily disappeared: “Annihilating all that’s made/To a green thought in a green shade.” The same message holds true 350 years on… I digress – but it is surely better for body and soul than propping up a bar all day or crouching in front of a computer screen. Enough said, people in glass houses and all that. But at least I’m writing about flowers! Now for the latest installment on flowers that begin with the letter “C”.

Recently mentioned in dispatches, we can skirt the vast genus of cacti. Suffice to say, few have noteworthy flowers, but they are ideal subjects for a “dry” garden, a low-upkeep container, or a rockery where the moisture drains rapidly away. After all, most are desert plants with modified stems which store water in times of drought, and thick skin that reduces evaporation. Just ensure that your cactus has sand in the soil mix, since silica is essential for its well-being. And water very occasionally. The roots on a newly planted specimen tend to rot before they begin active growth and watering won’t help. Think agaves, aloe veras, yuccas if you want striking silhouettes: not technically cacti, they are succulents with large rosettes of long pointed, often spiny “leaves”.

Calatheas are also grown for their ornamental leaves, but unlike members of the cactus tribe, they prefer moist, shady, jungle-like conditions, with plenty of humus. If they do not get the right environment, the foliage will turn brown at the edges and then shrivel. I used to have one as a house plant in London: it survived, but needed spraying several times a week. High maintenance. Still, alatheas repay some TLC, for their striped patterns and coloration are dramatic.

On C.makoyana (the peacock plant), the oval leaves are two shades of green with purple undersides; on C.metallica, the leaves are silvery above and red below. One variety, C.lancifolia, is grown for its unusual display of flowers enclosed in tight rows of yellow bracts. The name, rattlesnake plant, offers a clue to its appearance.

Caladiums, with their heart-shaped leaves, require similar dank conditions for growth, but they will naturally die back during dry spells, to rise, Phoenix-like, when the tuberous roots feel the new season’s rain moistening the soil around them.

Crinum actually has the vernacular name “swamp lily “, so there is no doubting its watery needs. A vigorous grower, it has long, blade-like foliage, and prefers a moist habitat (in the wild it grows on the margins of ponds). The flowers are distinctive: white star-shaped clusters with narrow petals that appear at the end of fleshy stems.

A relative, the spider lily (hymenocallis), is more popular in Phuket’s gardens, a neat plant which tolerates most conditions and looks good in a border or arranged in dense clumps. The strap-shaped leaves sprout straight from underground tubers, and the white spidery flowers are delicately elegant. They are found in good nurseries everywhere.

Tip of the week – Xeric regime for plants?

What on earth is a xeric regime? The word, which comes from the Greek meaning dry, is a low-maintenance strategy for growing plants with limited supplies of water. In nature, it is what occurs in deserts where the occasional heavy drenching is all that plants can expect.

Of course all plants need some water, (though variables such as the size of root systems and the texture of the soil will affect requirements) but succulents, yuccas, cacti, and in Thailand, plants such as adeniums or euphorbias, are able to absorb this moisture into their thickened and modified stems and then draw on it in times of need.

Xeric regimes or xeriscapes (the employment of drought-resistant plants) offer ideal solutions where the rainfall is minimal, or occurs only in cool winters. Such Mediterranean style climates are ideal for drought-tolerant herbs such as thyme, oregano, rosemary and sage. Lavender too. They will tolerate long dry summers. In Thailand, a quick-draining rock garden could make a perfect xeriscape. If you have a question, or a garden that you would like featured, you can email the author here.