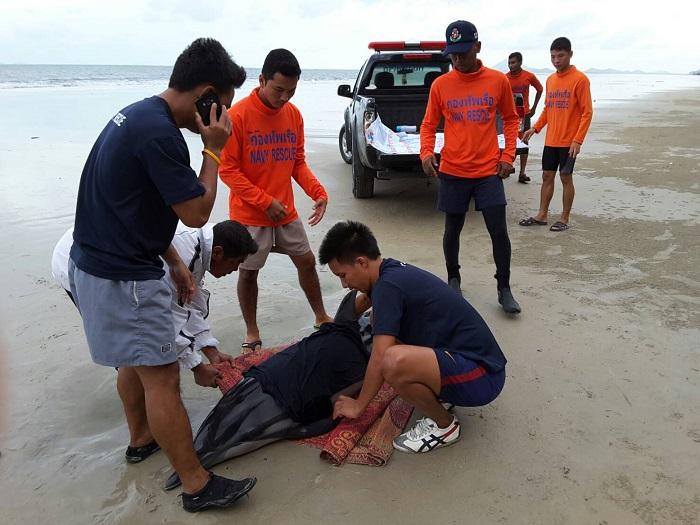 KRABI: The Royal Thai Navy was working to save the life of an injured dolphin found stranded on a beach on Lanta Noi Island in Krabi yesterday.

Locals found the fatigued cetacean with a damaged left fin on Lang Sod Beach and called the Navy for help.

Lieutenant commander Peerapat Pattanasopon of the Third Naval Area Command rescue unit said the dolphin appeared to be a female, aged 10-15 years. She measured about 1.5 meters long and weighed about 70 kilograms.

Rescuers presume the dolphin was unable to keep up with her pod because of her injured fin and was subsequently washed ashore.

Lcdr Peerapat said the dolphin is being cared for at the Navy’s Lanta facility with the aim of returning the animal to the open sea once it has been nursed back to health.