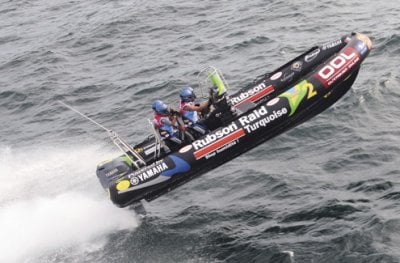 PHUKET: The island may still be waiting for the F1 boat races to come but, in the meantime, waterborne entertainment of a different kind will be heading for Phuket in December, in the form of the Rubson Raid Turquoise 2006.

The Rubson Raid, now in its sixth year, was devised by Belgian Philippe Martin as an event for large, fast, inflatable boats.

The 20 teams will consist of five crew each, plus support crews, and will use identical 7.5-meter Capelli rigid inflatable boats, made in Cremona, Italy, and fitted with V6 Yamaha F250 outboard engines.

The Raid is also expected to bring some 50 print journalists and 20 TV crews to Thailand to cover the event.