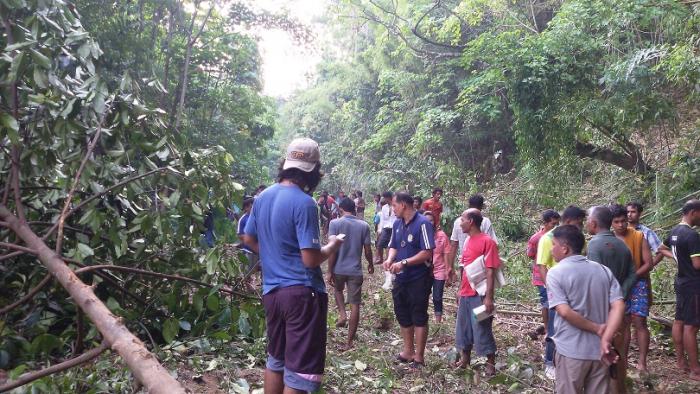 KRABI: An enraged bull elephant crushed his 64-year-old mahout to death while working at a rubber plantation in Krabi yesterday afternoon.

The 26-year-old elephant, named Plai Khai, was in musth and had been chained to a tree for two days before the attack. He turned on his mahout, Sawai Lantee, when he went to check on the chains.

“The elephant lunged at Mr Sawai, bent forward, and crushed him into the ground with his trunk,” said Yuttapong Chaisit, 24, another mahout working at the plantation, who tried to save his friend from the elephant’s violent outburst.

“I stabbed the elephant with the elephant hook to distract him so I could drag Mr Sawai away but the elephant turned on me and I had to drop him and flee for my own life.”

Plai Khai then resumed his attack on the already unconscious Mr Sawai, tossing and trampling the mahout’s body.

It took police, 10 mahouts, several locals and a team of national park officers armed with tranquilizer guns three hours to calm the enraged elephant so that they could eventually retrieve Mr Sawai’s body, which the elephant had by then torn to pieces.

Mr Yuttapong said the elephant and Mr Sawai had been working together at the plantation in Baan Huai To, Thab Prik sub district, for the past three months.

The elephant is being kept under strict supervision until his period of musth has passed. Mr Sawai’s body has been returned to his family, Krabi City Police Lt Chartchai Nakpaksee told the Phuket Gazette.