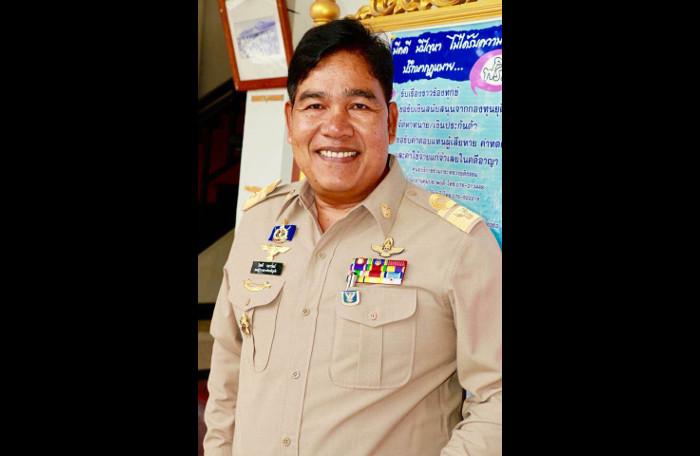 PHUKET: Condominium owners in Phuket caught renting out their units on a daily basis face fines and jail time if they do not register their properties as hotels.

Phuket Vice Governor Chokdee Amornwat reaffirmed today a renewed crackdown on owners of condominium complexes and individual unit owners who are operating illegally as hotels, after the provincial land office issued a warning letter to condo owners in Phuket on June 9.

The letter, signed by Phuket Land Office chief Wisit Chokchai, warned that anyone found illegally running hotel-like accommodation faces fines of up to 20,000 baht and prison terms of up to one year, possibly both.

“Phuket officially has about 50,000 hotel rooms but we know that there are in fact close to 100,000 rooms in the province that are being operated like hotels through rentals on a daily basis,” said the vice governor.

“We aim to make Phuket a model province in this respect, so all those rooms must be registered under the Hotel Act BE 2004, which was a directive issued by the Ministry of Interior.”

The vice governor said the reasons for this were twofold; safety issues for foreigners and loss of income for the government.

“Government officers are carrying out monthly inspections to ensure all such properties in Phuket are properly registered. Unregistered condo owners who rent their rooms out on a daily basis are doing so illegally and are damaging the industry for those who do follow the rules. Above all, we are concerned about tourist safety, as those staying at illegal hotels do not get officially recorded with the government,” he said.

In December last year, the director of the Thai Hotels Association Southern Chapter, Kritsada Tansakul, filed a complaint with Vice Governor Prajiad Aksornthammakul stating that more than 70 per cent of the rooms in Phuket operating as hotels and resorts were illegal (story here).

“There are at least 200 hotel owners operating their businesses without the proper hotel licence,” Mr Kritsada said at the time.

The vice governor assured the Phuket Gazette that he would be talking with the Ministry of Interior to ensure flexibility for accommodation owners who go by the book to register their property as hotel accommodation.