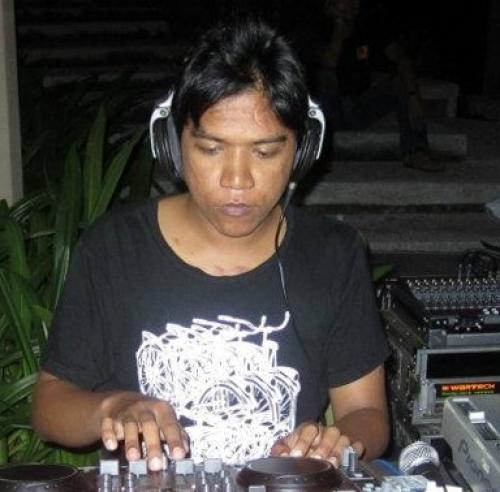 PHUKET: A Phuket DJ was killed in a hit-and-run yesterday afternoon after he was dragged beneath a pickup truck for about 700 meters, witnesses said.

Police and rescue workers arrived at the scene to find Terdpong “Bao” Phuttapiruk, 29, dying in the middle of the road.

“He was rushed to Vachira Phuket Hospital, but he was unconscious and suffering from broken ribs, blood in his lungs and a broken leg. He died shortly after arriving at the hospital,” Maj Chaleaw Taihoo of the Phuket City Police said.

Witnesses told police that Mr Terdpong was driving in the motorbike lane of Thepkrasattri Road heading toward Phuket Town. Near Sapam Inn, a black pickup truck came up from behind him and knocked him from his bike.

As Mr Terdpong fell from the bike, he became entangled beneath the truck, which attempted to speed off, dragging Mr Terdpong for about 700 meters before he was freed.

Mr Terdpong was a DJ for 100.25 Siang Tai Radio as well as a station coordinator for Blue Wave 90.5 FM Radio.

Blue Wave program director Oscar Chitamitre received notification of the incident, hearing only that Mr Terdpong had been in an accident and had been taken to Vachira Hospital.

“I called up 15 or 20 minutes later and was told they were pumping his heart… Apparently the doctor had tried to pump his heart four or five times and they got a heart beat, but it was weak and they were going to try to get him into surgery. And on the way to wheeling him into surgery his heart gave out,” Mr Chitamitre told the Phuket Gazette.

“We are a small company, so we are very much like a family. We were all quite devastated when he passed last night,” he said.

“Bao was a hard worker, he was a good kid. He was one of the core breadwinners for his family. He was always sending money home to his parents, who live in Patthalung. He was supporting his younger sister through college. I think she has graduated and was working [at the time of the accident],” he said.

The pickup truck driver fled the scene, leaving behind only his license plate.

All Phuket police stations were notified of the incident and told to keep an eye out for the truck, said Maj Chaleaw.

“A few hours later the driver surrendered himself to us,” Maj Chaleaw said.

Mr Terdpong’s body was transferred to his parents’ home in Patthalung, where a cremation ceremony will be held on August 5.