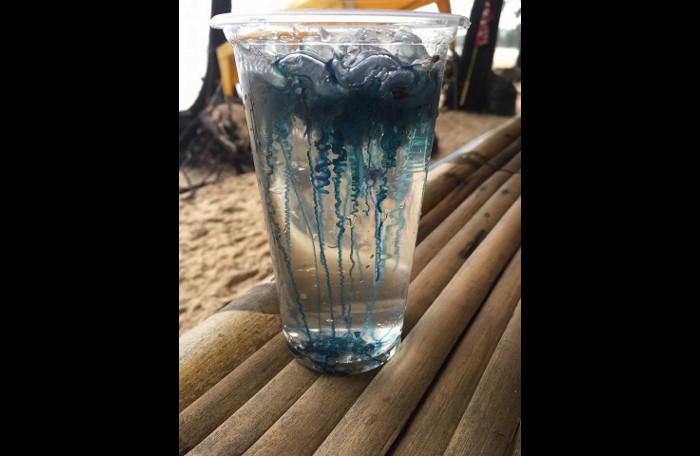 “Stings from the Portuguese Man-of-War can be fatal so we have closed the beaches and posted warning notices where these deadly creatures have been spotted,” said Mr Kitiphat.

The venomous siphonophore – also known as the ‘blue bottle’ or ‘floating terror’ – are a common occurrence off Phuket during the monsoon season.

“We have asked lifeguards to make sure beach goers are aware of the blue bottle danger, which should be over once the monsoon season ends,” said the park chief.

“Only use sea water to rinse the wound if you get stung by a blue bottle, warned Phi Phi park chief Sarayuth Tanthien, adding that man-of-war stings should not be treated like jellyfish stings, which are commonly treated with vinegar or plain water.

“Get to hospital as soon as possible if you are stung by a man-of-war, said Mr Sarayuth.

“Swimmers must be responsible for their own safety. The blue bottles float on the surface. Make sure you are not at risk of getting stung, and swim only in areas where lifeguards are on duty – and where there are no red flags flying,” warned Mr Prathaiyut.