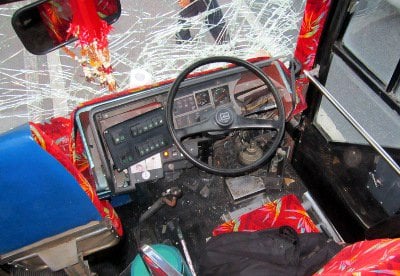 PHUKET: Police have now requested that the Phuket Provincial Court issue an arrest warrant for the bus driver who fled the scene on Thepkrasattri Road in Thalang last Wednesday after the tour bus he was driving struck a motorbike and killed two women.

Thalang Police Sub Lt Chatree Chuwichian, the investigating officer in the case, confirmed to the Phuket Gazette this morning that the man had not, in fact, surrendered himself to police yet, as reported by other media outlets.

Though police have identified the man, they have yet to release the information to the public.