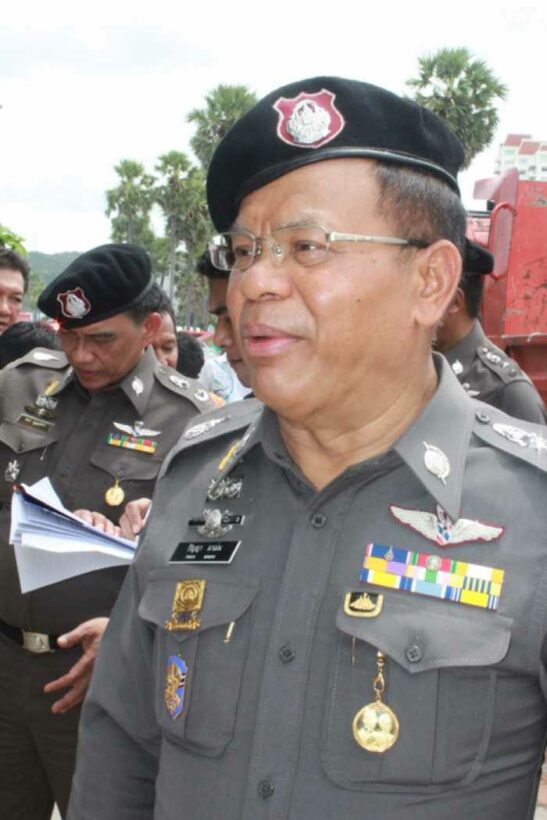 PHUKET: Only four of the 95 suspects arrested for their involvement in the taxi and tuk-tuk cartels that have ruled Phuket’s public transport system have been allowed out on police bail.

The rest remain in jail today.

“The four suspects were allowed out on bail because they have health problems that were identified and certified as a real risk by doctors,” said Commander of the Royal Thai Police Region 8 Panya Mamen yesterday.

The suspects were allowed out on bail under three conditions: they do not drive a taxi; they do not conduct any activities at or near a taxi stand; and they do not intimidate witnesses.

“We are keeping an eye on those four,” Lt Gen Panya said.

The remaining suspects will continue to be held behind bars to prevent them from threatening or attacking witnesses.

“We will ask that the court also refuse the remaining suspects bail, as we are concerned that they will attempt to intimidate our witnesses. Of course, the final decision is the court’s,” Gen Panya said.

On Wednesday, a deployment of 100 soldiers from Southern Thailand provided military support to a task force of 1,110 police officers and 40 volunteers who swept through the west coast to purge the island of illegal, violent, abusive and cheating taxi, tuk-tuk and minivan drivers (story here).

By the end of yesterday, the blitz had swept up a total of 95 suspects, and served 98 of the 111 arrests warrants issued by the court.

Three additional arrests were made after the task force destroyed 16 illegal taxi booths: 10 in Karon, four in Cherng Talay and two in Kamala.

“Police are tracking down the remaining suspects now,” Gen Panya said last night. “However, I suspect that they will surrender themselves soon.”

Gen Panya credited Thailand’s coup for the ease in carrying out the the massive raid against the cartels that have plagued Phuket’s tourism industry for over a decade (Video Report here).