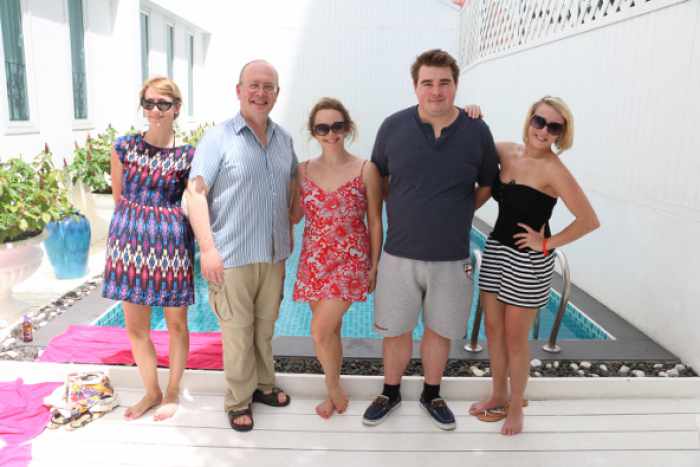 PHUKET: The cast members of ‘Snow White and the Seven Dwarfs’ are already in Phuket, getting ready for their weekend performances of the evergreen childrens’ classic, the latest Phuket Gazette Headline Event presented by Jagota in partnership with Events International.

You should get ready too! This 90-minute show, performed by a 12-member cast from London will take you on a journey of dance and music, and leave you just as amazed as your children.

PGTV has a chat with the recently arrived cast of Snow White and the Seven Dwarfs. Video: PGTV

“It combines the Disney cartoon and traditional British pantomime and together provides a lot of traditional family fun” says actor, Kevin Tillett.

Take the dwarfs for example – their costumes were inspired by the popular Disney cartoon and will bring a smile to any child’s face.

The actors use pantomime on stage, with the dialogue coming from a pre-recorded soundtrack.

“The dwarfs heads are too big and make it impossible to hear the actor’s own voice” explains Kevin.

The show has had a long run on stage in London, but was originally performed in Qatar and has also travelled to Dubai and Abu Dhabi.

When asked about their favorite moments of the show, the actors come up with a long list of memorable moments, dances and songs, but eventually agree, that it’s the whole thing that never fails to impress.

The costumes, the choreography and the special effects are all there to transport your children into a world of imagination. “And look out for the dancing duck,” adds Kevin Tillett.

For a magical performance that will entrance the whole family, make sure you come and see ‘Snow White and the Seven Dwarfs’ on June 7 or 8 at 11am at Simon Star Theater in Phuket Town. Tickets can be purchased at Les Diables – Boat lagoon, Villa Market – Chalong, and Laguna Phuket. For more information, call, 091-326 0276 (English) or 081-477 6828 (Thai).

Crowning glory of a great novelist