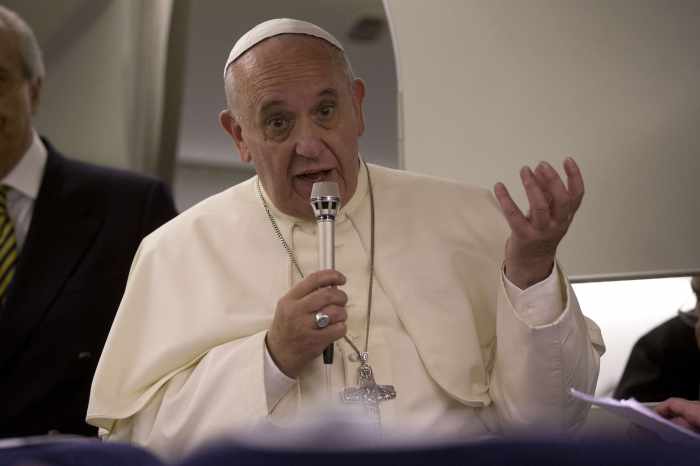 PHUKET: Pope Francis sacked the five-man board of the Vatican’s financial watchdog on Thursday – all Italians – in the latest move to break with an old guard associated with a murky past under his predecessor.

The Vatican said the pope named four experts from Switzerland, Singapore, the United States and Italy to replace them on the board of the Financial Information Authority (AIF), the Holy See’s internal regulatory office. The new board includes a woman for the first time.

All five outgoing members were Italians who had been expected to serve five-year terms ending in 2016 and were laymen associated with the Vatican’s discredited financial old guard.

Reformers inside the Vatican had been pushing for the pope, who already has taken a series of steps to clean up Vatican finances, to appoint professionals with an international background to work with Rene Bruelhart, a Swiss lawyer who heads the AIF and who has been pushing for change.

Vatican sources said Bruelhart, Liechtenstein’s former top anti-money laundering expert, was chafing under the old board and wanted Francis to appoint global professionals like him.

“Bruelhart wanted a board he could work with and it seems the pope has come down on his side and sent the old boy network packing,” said a Vatican source familiar with the situation.

The new board of the AIF includes Marc Odendall, who administers and advises philanthropic organisations in Switzerland, and Juan C. Zarate, a Harvard law professor and senior advisor at the Center for Strategic and International Studies, a think tank based in Washington D.C.

The other two board members are Joseph Yuvaraj Pillay, former managing director of the Monetary Authority of Singapore and senior advisor to that country’s president, and Maria Bianca Farina, the head of two Italian insurance companies.

Francis, who was elected in March 2013 after the resignation of former Pope Benedict, in February set up a new Secretariat for the Economy reporting directly to him and appointed an outsider, Australian Cardinal George Pell, to head it.

In January he removed Cardinal Attilio Nicora, a prelate who played a senior role in Vatican finances for more than a decade, as president of the AIF and replaced him with an archbishop with a track record of reform within the Vatican bureaucracy.

He also replaced four of the five cardinals in the commission that supervises the Vatican’s troubled bank, known as the Institute for Works of Religion (IOR).

Since the arrival of Bruelhart in 2012, the AIF has been spearheading reforms to bring the Vatican in line with international standards on financial transparency and money laundering. But Vatican sources say he has encountered resistance from an old, entrenched guard.

A report last December by Moneyval, a monitoring committee of the Council of Europe, said the Vatican had enacted significant reforms but must still exercise more oversight over its bank.

Francis, who has said Vatican finances must be transparent in order for the Church to have credibility, decided against closing the IOR on condition that reforms, including closing accounts by people not entitled to have them, continued.

Only Vatican employees, religious institutions, orders of priests and nuns and Catholic charities are allowed to have accounts at the bank. But investigators have found that a number were being used by outsiders or that legitimate account holders were handling money for third parties.

Monsignor Nunzio Scarano, a former senior Vatican accountant who had close ties to the IOR, is currently on trial accused of plotting to smuggle millions of dollars into Italy from Switzerland in a scheme to help rich friends avoid taxes.

Scarano has also been indicted on separate charges of laundering millions of euros through the IOR. Paolo Cipriani and Massimo Tulli, the IOR’s director and deputy director, who resigned last July after Scarano’s arrest, have been ordered to stand trial on charges of violating anti-money laundering norms.