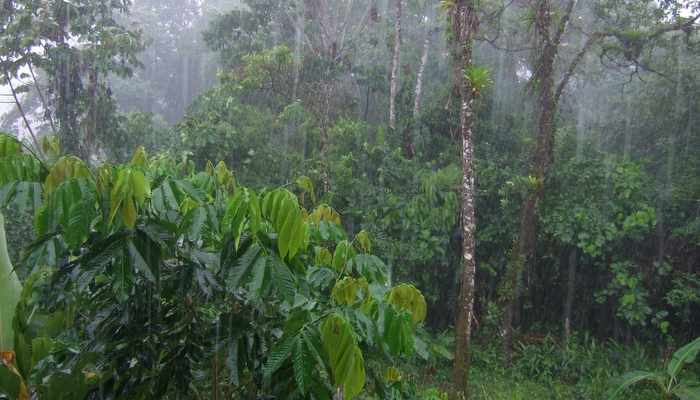 PHUKET: The sacred oxen have spoken – the rainy season is upon us – and it will be a year of abundant water and food. The year will also be abundant in Russians, Chinese and Middle Easterners – the financial saviors of Phuket’s low season.

Down here on the island, far from the rice-reliant agriculture industry, the Royal Ploughing Ceremony is more of a ceremonial observance than a significant marking of the start of the planting season. In Phuket, the only thing that seems to change now is that you have to pack a poncho every time you get on the motorbike.

The days have gone when the island emptied out for the southwest monsoon season. Now, the traffic congestion will continue; tour boats will keep speeding dozens of eager Chinese tourists out to Phi Phi; and hotel occupation, though not what it is at Christmas, will be acceptable.

The Russians, Chinese and Middle Easterners keep profits up during the rainy season, which is still woefully being branded as the “green season” by the Thailand Authority of Tourism (TAT).

Though the TAT probably hasn’t made a dent with its attempt to re-brand the rainy season as the green season, their advertising does bring to light one of the reasons that our dear island, and its permanent residents, no longer get a breath of fresh air between the onslaught of tourists: the continued development of markets outside of Europe.

Though the Middle Eastern, Russian and Asian tourists take the brunt of badmouthing by expats and locals alike, they are what is keeping the industry above the waterline during the rainy season.

The old-timers who are still here no doubt long for the time when the island did empty out. A time when the sea was cleaner, the beaches had fewer chairs and probably the grass was greener (I believe such places are opening up just off the coast of Myanmar). However, for those looking to get rich in Phuket, or at least keep their business in the black, these new markets are a blessing.

The truth behind the tiresome joke of the best way to get a million dollars in Phuket is to start with 10 million may be on the cusp of no longer being accurate.

With tourists continuing to flood in, rainy season or not, and Phuket preparing for the Asean Economic Community with a bazillion infrastructure projects, as well as the 20-billion-baht BluPearl complex, perhaps the island will become a place for people to cash in on ideas – rain or shine.