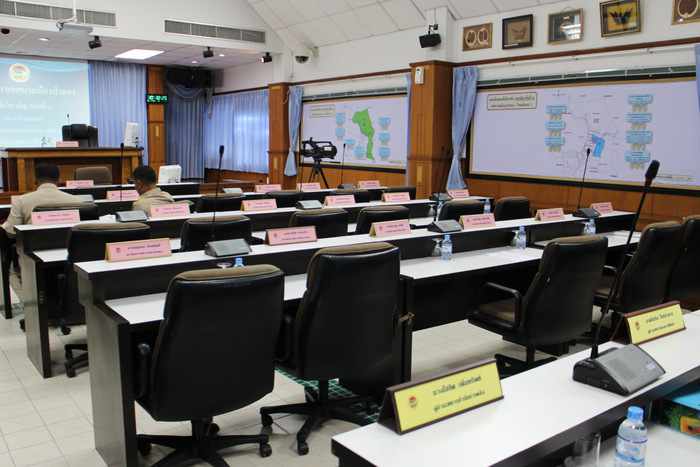 Mayor Chalermluck, a long-standing Phuket Democrat, defeated Mr Pian at the polls by 4,390 votes to 3,330 on April 26 (story here).

However, her supporting councilors today failed to form a quorum – the minimum number of councilors required for the council to legally approve a policy.

“We need at least nine to form a quorum, but only five turned up.”

The meeting was abandoned after Mayor Chalermluck waited an hour for other the opposition councilors to arrive.

“It is the councilors’ responsibility to show up at the meeting,” Mayor Chalermluck curtly told the Phuket Gazette.

“They have to think about whether they are working hard enough for the salary they are paid with the people’s taxes.”

Mayor Chalermluck vowed that Patong Municipality projects will go ahead.

“Though we could not hold the meeting today, we can continue with our work,” she said.

“My first priority is to fix Patong’s flooding problem. The rainy season is here, and I want the floods to stop. A team of officers has been selected to brainstorm flood-prevention ideas so that work can start as soon as possible.”

Mr Poonsak confirmed that the next meeting of the Patong Council is scheduled for June 9.

“The Election Commission in Bangkok installed Ms Chalermluck as Patong Mayor on May 21,” he said. “She has 30 days from that date to announce her mandate to the council.

“If a quorum is not formed at the June 9 meeting, she has the right to request approval from the Phuket governor to send her mandate to the councilors by mail.”