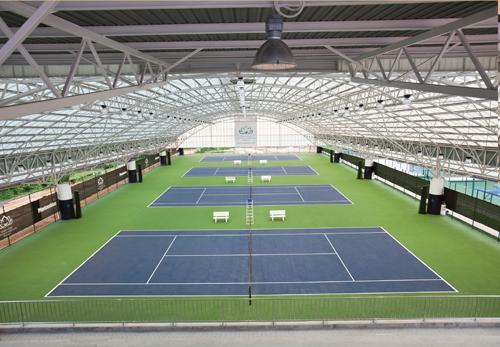 The 2013 ITF round, sponsored by Chang (ThaiBev Pcl) and the Sports Association of Thailand (SAT), will consist of two consecutive women’s tournaments, from April 20 to April 27, and then April 27 to May 4.

This marks the fourth occasion that Phuket’s TSLC has participated in hosting an ITF event.

“We are delighted to have been selected as the venue for such an esteemed international tennis event.

“We’ve seen a real showcase of talent during the last three times we’ve collaborated with ITF, and TSLC is practically buzzing with excitement again about the participants this time round,” said Thanyapura President Robert Hauck.

The upcoming Chang-SAT ITF Pro Circuit 2013 will feature some of the top female players from around the world, who will compete for total prize money of US$25,000.

Thanyapura will also be engaged in charity work with local children in honor of the event, coaching them in new sports and giving them the opportunity to train on the same grounds as some of the world’s finest athletes.

This event is proudly sponsored by the Phuket Gazette, PGTV and the nationally televised ‘Phuket Today‘ show on True Visions. ‘Phuket Today‘, co-produced by PGTV and MCOT World, will be covering this event. The weekly half-hour show runs eight times a week, every week, on channels 99 and 58.