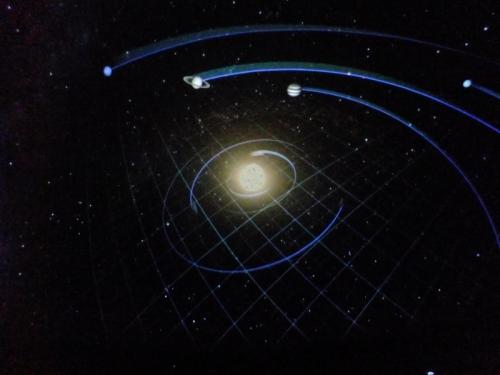 Located in front of Central Festival Phuket’s main entrance, the new mobile cinema planetarium is the first of its kind in Thailand.

“The Evolution Planetarium is the newest generation of visualization systems for entertainment and studying, providing 360 degree panoramic views, [as] an option for children to develop their skills and imagination,” declared Project Director Sergei Kovalev at the grand opening ceremony on Tuesday (April 9).

Mr Kovalev said that there are plans to open similar planetariums in Chiang Mai, Bangkok and Pattaya in the near future .

Sergei said that Phuket, well-known around the world as a popular tourist attraction, was an ideal choice for such a ground-breaking investment.

“No other mobile cinema in the world can display a resolution of 7.7 megapixels with an 8.1 stereo sound system in an air-conditioned hall,” he said.

“In the planetarium, the image broadcasts to the entire dome, providing a 360 degree panoramic view to the audience and creating an immersive viewing experience… with all internal surfaces of the dome acting as one big screen.”

Mr Kovalev said that target audiences include children, tourists and even businesses looking to promote events through advertising.

The project will be be staffed by seven personnel including a manager, five assistants and two PR staff – able to speak Thai, English and even a little bit of Chinese.

Project Manager Chanapa Jiso concluded: “We also support learning for disadvantaged children free of charge by working with a list of children’s foundations in Phuket, including the Laguna foundation, which will bring kids to join us on May 2,” Ms Chanapa said.

There are five movies in three languages – Thai, English and Russian.

The planetarium is open daily from 11am to 11pm. Programs are as follows: