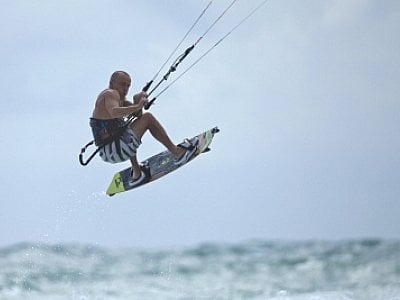 PHUKET: The Thai Meteorological Department (TMD) has issued another weather advisory for Phuket, the second in as many days.

Issued at 6am today by the Southern Meteorological Center at Phuket Airport, the advisory notes a “rather strong” southwest monsoon over the Andaman Sea and coastline.

People living in windward coastal areas should be especially prepared for “abundant and heavy” rain and strong wind gusts. People in risk areas should beware of flash-flooding.

Shipping should proceed with caution and small boats keep ashore until further notice.

Monitoring stations in Phuket Town and at Phuket Airport yesterday recorded 29.2mm and 28.0mm of rainfall respectively while Ranong was the rainiest province in Thailand, with over 157mm of rain recorded there yesterday.

Overcast, rainy conditions are likely to persist throughout the week. The TMD forecast for Phuket for the period from Tuesday through Saturday calls for “widely scattered to scattered thundershowers” with strong southwesterly winds and wave heights of up to two meters.

Nationally, an “intense” monsoon trough currently lies across the central, east and lower northeast parts of Thailand, where over 20 provinces are at risk of heavy rains and flooding, according to TMD headquarters in Bangkok.

Phuket schools get ‘drugged up’