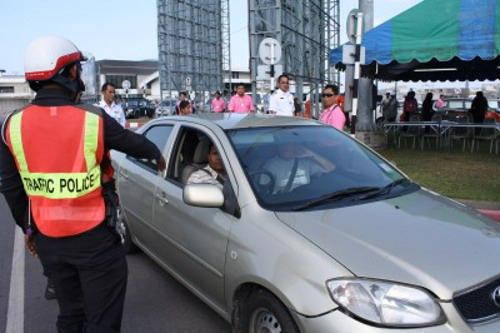 PHUKET: In our most recent Phuket Gazette poll, readers have overwhelmingly voted for local authorities to take a tough approach in tackling illegal taxi drivers on the island.

The poll, launched a month ago, highlighted the recent efforts by the Phuket authorities to bring order to the long-running problem of illegal taxis, and all the violent repercussions they have had on local residents and tourists over the past several years.

In response, the poll asked readers: Should Phuket authorities be lenient in allowing illegal taxi drivers to become legal?

More than 60% of respondents called for illegal taxi drivers to face at least some form of punishment, and nearly 50% demanded that the violators be punished “to the full extent of the law”.

A breakdown of the results by respondent groups shows where the difference in philosophies lies. Local Foreign Residents voted heavily for some form of punishment, at 70%, compared with 49% of Thais and 58% of Tourists/Visitors.

The largest group to support leniency was Thai nationals, at 34%, compared with 28% of those who voted as Local Foreign Residents or Tourists/Visitors.