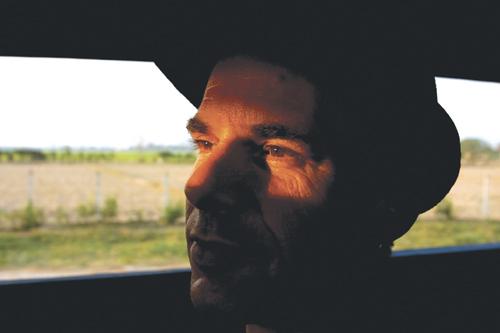 PHUKET: A veteran journalist on the Asian beat, Tom Vater certainly knows Cambodia. In the crime novel The Cambodian Book of the Dead (Crime Wave Press, Hong Kong, 2012, 287pp), his descriptions of Phnom Penh, Kep and Siem Reap are spot on.

The hero is Maier (no first name) who grew up in East Germany under the communist government, where he worked as a foreign correspondent in East Europe. He slipped over to the West before the Berlin Wall fell and became a war correspondent for a German news agency for the next decade.

This career ended when his Cambodian colleague Hort was killed by a Khmer Rouge mortar shell. Maier then became a detective for a Hamburg agency that specializes in taking on international cases.

The case he is on now brings him back to Cambodia.

Maier is hired by the heiress to a coffee fortune to report on her only son and induce him to come home. Rolf Muller-Overbeck is running a dive shop in the seaside town of Kep in the south of Cambodia. He is also involved with a beautiful Cambodian woman named Kaley.

On the flight to Phnom Penh, Maier provides a thumbnail history of Cambodia: medieval empire, French colony, an independent nation under Prince Sihanouk, the American B-52 bombings, the terror of the Khmer Rouge, the Vietnamese invasion:

“Finally, UNTAC, the United Nations Transitional Authority of Cambodia, had shown up, organized elections of sorts and had then fled the burnt out, tired country as quickly as possible.”

Maier surveys his fellow plane passengers now: “Young, self-confident backpackers in search of post-war adventures, a French tour group in search of temples and a few old men in search of women, or children, or anything else that would be available in hell for a few dollars, had replaced the soldiers and gangsters who alone dared to fly into Phnom Penh a few years earlier.”

In Phnom Penh, Maier heads for the Foreign Correspondents Club of Cambodia and his description of the riverside Sisowat Quay is brilliant as well as everyone’s favorite late night dive of choice, The Heart of Darkness, throbbing with disco music and wreathed in clouds of marijuana smoke.

He runs into an old flame, Carissa Stevenson, a Kiwi reporter from the UNTAC days, who leads him to meet Pete, an English wide-boy, who is Rolf’s partner in the Kep dive shop. With him at a table are Tep, a former Khmer Rouge general, and his murderous son who actually does plug an obstreperous bar customer that night.

The scene then shifts to Kep. Maier meets Rolf and accompanies him on a drive trip to Koh Tonsay or Rabbit Island.

There is a magnificent description of sharks eating a corpse, which has been recently deposited on the seafloor with his feet tied to stones.

Rolf knows who the victim is, it’s Sambat, the co-founder with his twin sister of an orphanage in Kampot.

We’re nearly a third of the way into the book now and the plot loses its wheels.

There’s the mysterious Kaley who may be a reincarnated malevolent spirit; a mysterious German, “The White Spider”, with a Nazi and Yugoslav Communist past who had been an adviser to General Tep and the Khmer Rouge, and a mysterious Russian, Vladimir, who is holed up in the old French hill resort of Bokor, an old, fat homosexual giant alcoholic who may possibly be a world-class professional assassin.

All these are jumbled together in a plot of increasing complexity and absurdity. Maier is captured, drugged and tortured not once, not twice but three times.

The novel, which had begun with such style and promise degenerates into a ridiculous shambles, amid much pretentious verbiage about how Cambodia is cursed, doomed and riddled with ghosts.

It is cursed by one seemingly skilled writer who actually turns out to be a hack.

Phuket Gardening: Say it with flowers