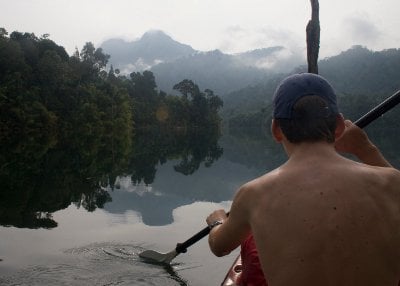 PHUKET: Many Phuket tour and dive companies are waiting to see how the final confirmation of the significant hike in national park fees will affect their businesses.

The Department of National Parks, Wildlife and Plant Conservation (DNP) announced that the entrance cost at many popular national parks in Thailand would see their first jump in a decade starting January 1.

“Although I understand that the insufficient budget for park management and maintenance has forced the DNP to increase the entrance fees, I am worried that it will affect our services. We will have to charge our customers more for the diving packages for some national marine parks,” one dive operator who asked not to be named explained to the Phuket Gazette today.

However, the exact numbers are still tentative, explained Ms Apinya.

In addition to proposing the increases in park fees the DNP, as of September 1, has cancelled the one-day national park ticket, which allowed tourists to visit multiple national parks with a single ticket, Ms Apinya added.

Some tour operators, including Juthamart Supharak from Phuket Tour Holiday Company, do not anticipate the increase in the fees to having a significant affect.

“We don’t want to charge our customers more, but if the increase really happens, then we will just need to explain the situation to them,” Ms Juthamart said. “I don’t think we will have a problem with the fee hike because our tour packages are not that expensive, so even if we add another 100 baht it is still acceptable.

However, she added, “I would be very glad for this money to go towards improving the parks.”

Director of the National Parks Office Vithya Hongvienchan also does not expect the increase in the fees to affect the number of tourists visiting Thailand’s national parks.

“Thailand’s national park fees are very low compared to those in other countries, such as European countries, the US or even Cambodia. I believe that we will still see an increase in the number of tourists visiting our parks,” Mr Vithya told the Gazette.

“Generally, the DNP distributes about 10 million baht per park annually to pay park rangers and for park maintenance. However, costs of maintenance has been increasing every year, especially due to water-treatment systems in the parks,” he said.

“The income generated from the increased admission fees will be used to maintain and develop the park,” he added.