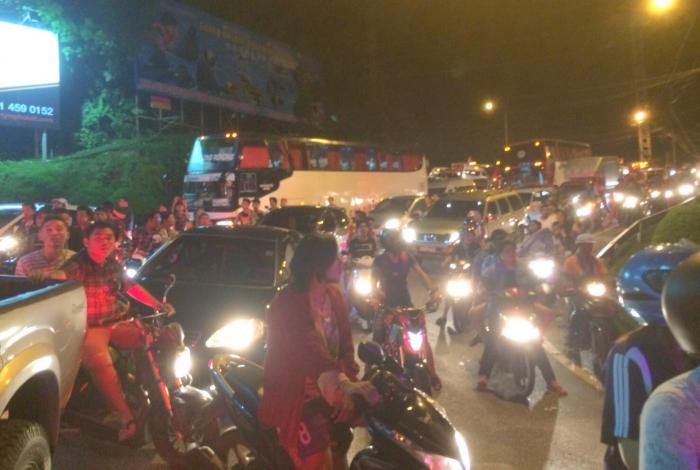 Lt Col Pattapee Srichai of the Patong Police received reports of the incident at about 7pm.

“We arrived to see a ‘Somsak Transport Company’ bus with a broken front windscreen and several other cars that were damaged on the road. The bus had first smashed into a Toyota SUV, which in turn crashed into at least five other vehicles,” said the colonel.

More and more people piled up and got caught in the traffic jam that ensued.

Bus driver Charun Sillapakarn told police that he picked up 30 Chinese tourists from the Bauman Residence Hotel when, while navigating down the hill, he ‘lost control of the brakes’ and crashed.

“The tour group had arrived on the island two days ago, and were scheduled to fly out on April 17,” he added.

The tourists and other drivers on the road sustained minor injuries, while Mr Charun tested negative for alcohol.

Police have yet to confirm whether or not the bus driver will be charged.

Two arrested with more than 250,000 baht worth of krathom