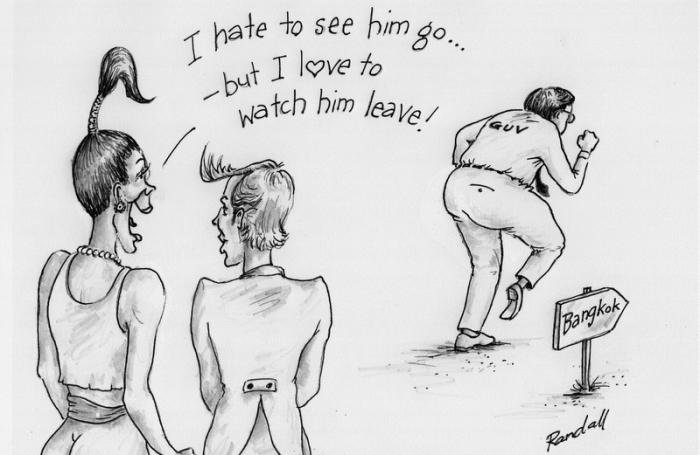 PHUKET: The sudden and unexpected transfer to Bangkok of former Phuket Governor Chokchai Dejamornthan (story here) certainly comes as a surprise to many of us in the local media – and once again begs the question of whether a directly-elected governor might be a better option for the province at some point in the future.

It goes without saying that any discussion of such a refinement to our democracy might come across as a bit premature at this time, especially given that the exact date of the next national election has yet to be announced.

But from a bureaucratic perspective, the ‘lightning transfer’ of the outgoing and affable Mr Chokchai in many ways comes across as ‘business as usual’ at the Ministry of the Interior (MoI), which has continued to operate very much as usual through a long succession of governments, both elected and self-appointed.

In the past, moving a civil servant from a high-profile gubernatorial posting to a routine desk job in Bangkok was fairly common, but such a move would likely have been reported as “moved to an inactive post”. At this stage, however, it seems that few outsiders really know what is going on in the halls of the MoI.

The MoI has offered no explanation as to why Gen Prayuth felt it necessary to invoke his emergency authority under Article 44, which gives him sweeping powers to prevent any act that undermines public peace, to justify the transfer.

If, as some have speculated, Phuket’s 47th governor is under some kind of investigation for wrongdoing, it would seem a prudent public relations move to at least make some information to that effect available – yet none has been forthcoming.

Also a bit of a mystery is the choice of Norraphat Plodthong as his replacement, especially since our new governor is only a few months from mandatory retirement at age 60 and has little direct experience with Phuket, at least that we are aware of.

Given these facts, we wish the new governor a warm welcome to Phuket and the best of luck in governing such a unique and challenging jurisdiction.

We can only hope that when democracy is eventually ‘restarted’ our new rulers will seriously consider allowing Phuket to directly elect its own governor and enjoy other aspects of being a special administrative jurisdiction like Bangkok and Pattaya.