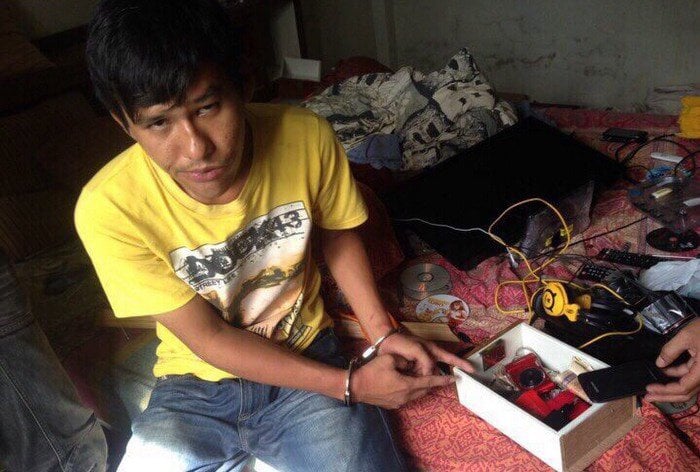 PHUKET: Monks prevented a thief, who had previously broken into Srisoonthorn Temple, from escaping when the man returned to the scene of the crime last night to commit another theft.

“When we arrived at the scene, we found the monks standing around their residence to prevent 24-year-old Thawatchai Sirimonkon from eluding justice again,” said Lt Col Kritsana Jannit of the Thalang Police (story here).

The police seized a batch of mixed currency comprising dollars, yuan and baht, as well as the motorbike Mr Thawatchai had arrived on.

“When we searched his room we confiscated an additional 700 baht, a television and a mobile phone,” Col Kritsana said. “He also confessed to having stolen a gold necklace last time. This was his third time robbing the temple – and it was his last.”

Mr Thawatchai was charged with theft and taken to Thalang Police Station for processing.