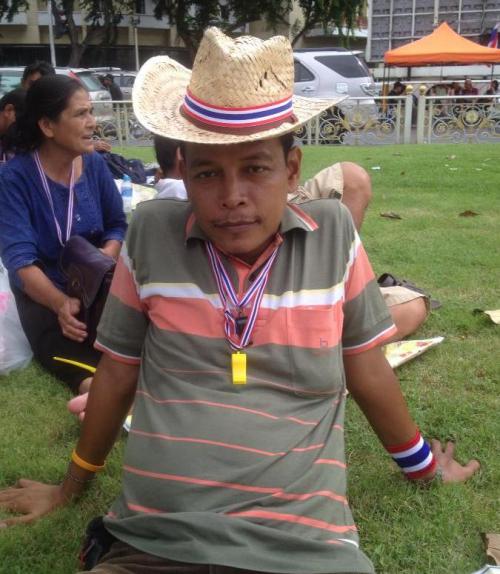 PHUKET: A Phuket protester was the first to die in the “Bangkok Shutdown” after an unidentified person lobbed a bomb at a procession of demonstrators yesterday (story here).

Prakong Choochan, 46 years old and a member of the Royal Paradise taxi rank, died at 1:57am from complications brought on by severe injuries sustained during the bomb attack. Bomb shrapnel pierced Mr Prakong’s chest, damaging a main artery and lacerating his lung.

Mr Prakong travelled from Phuket to Bangkok on January 12 to join the protests. His last status on Facebook reads, “Even if we do not win, we will not back down.”

About 12 of the other injured protesters were also sent to Ramathibodi Hospital to undergo treatment for injuries sustained during the attack. Six of them have been discharged.