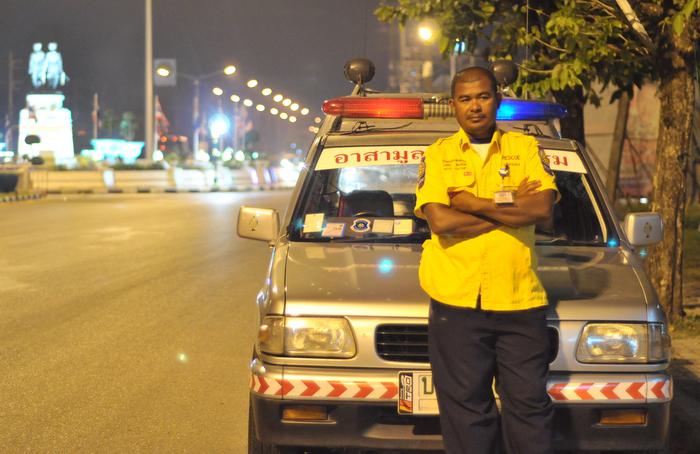 PHUKET: No road deaths were reported in Phuket yesterday, the sixth day of the Songkran Seven Days of Danger national road-safety campaign, but one more injury was added to the official tally.

The injury brought Phuket’s Songkran holiday road toll to one dead and 22 people injured in 22 accidents, the Department of Disaster Prevention and Mitigation Phuket office (DDPM-Phuket) reported this morning.

The only Phuket road death victim during Songkran 2014 remains Nannika Boonchorn, 27, from Chaiyaphum, who died in a high-speed head-on collision with a motorcycle with a sidecar on Sunday (story here).

In contrast, during the Seven Days of Danger during the Christmas and New Year holiday season 2013-2014, five deaths were reported and 33 injured in a total of 28 accidents (story here).