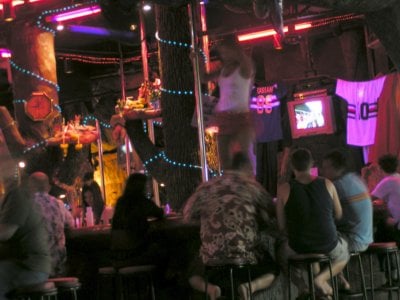 PHUKET CITY: Phuket has the second-highest per capita HIV infection rate in Thailand, the director of the Phuket Public Health Office said yesterday.

Dr Pongsawas Ratanasang said Phuket’s infection rate was second only to Ranong during the two-year period from May 31, 2007 to May 31, 2009.

In the longer term, the total number of reported HIV infection cases at public and private hospitals in Phuket between May 31, 1989 and May 31 this year is 6,397, with 1,740 deaths, Dr Pongsawas said.

Cases among men have outnumbered cases among women by a factor of 2:1, he added.

Dr Wiwat Sitomnoch, deputy director of the Phuket Public Health Office, said teenagers are at high-risk of contracting HIV/Aids because many fail to use condoms during sex.

Women who sell sex but work in venues without compulsory testing for sexually transmitted diseases are another high-risk group, he said.

“To fight HIV in Phuket, all related agencies have to co-ordinate, especially with regard to educating the public about the disease and how to protect themselves from being infected,” he said.

Dr Pongsawas noted that the high official infection rate is very likely skewed due to demographic factors and the way infection rates are tallied: as the number of new cases of infection divided by the official population of the province.

Phuket’s official population is around 315,000, but the true figure has been estimated as high as at least double that due to the number of unregistered residents on the island.

The true rate of infection is therefore likely to be lower than the official figure, although many HIV cases go unreported.

Pregnant woman gunned down in Krabi