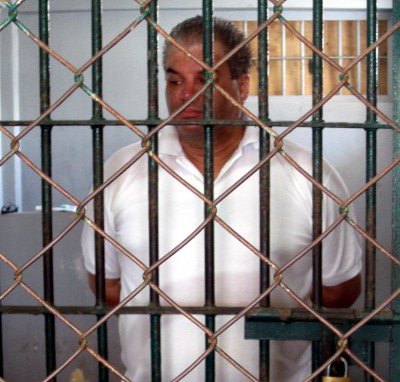 PHUKET: Chalong Police today confirmed to the Phuket Gazette that investigators are still waiting for written confirmation that the DNA tests of the human remains found in the basement of Norwegian expat Stein Dokset’s luxury villa in Kata are those of his ex-girlfriend Rungnapa Suktong.

“We were informed by a phone call a few days ago that the remains are indeed those of Ms Rungnapa, and Mr Dokset has already confirmed in his confession to police that the remains were of her,” Chalong Police Superintendent Sirisak Wasasiri told the Gazette.

“So this is now just a formality. Once we have that report we will then forward the case to the Phuket Prosecutor’s Office to proceed with the criminal charges against him,” said Chalong Police Superintendent Sirisak Wasasiri.

The remains were found in the locked basement bathroom at Mr Dokset’s luxury villa in Kata when police raided the home on February 28.

Mr Dokset faces charges of murder, concealing his victim’s body and illegal possession of a firearm.

Chalong Police investigating the case had previously told the Gazette that the initial findings from the forensics investigation report that a skull fragment found among the remains showed signs of having been hit with a hard object.

Mr Dokset was denied police bail and is currently being held at Phuket Provincial Prison while the investigation continues, Col Sirisak confirmed.