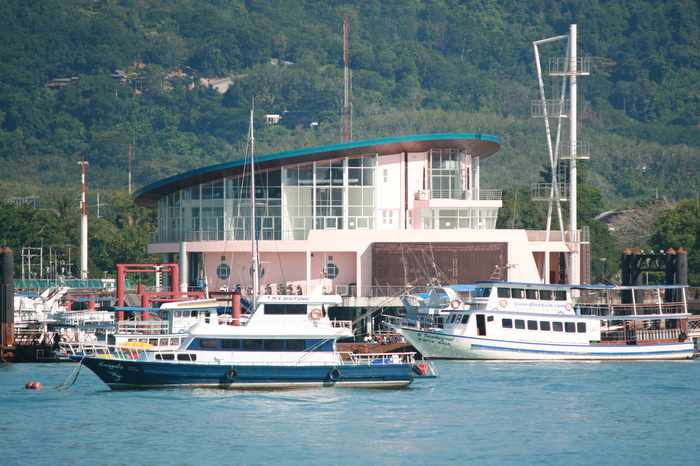 PHUKET: The long-awaited opening of the island’s one-stop yacht shop, officially dubbed the Phuket Yacht Control Center (PYCC), went off without a hitch on Monday in Chalong.

“Chalong is now ready to be the maritime hub for all yachties. It will offer international quality and professional management,” said Governor Maitri.

“We will have an official grand opening Tea Party on July 24 at 5:30pm, at which high-ranking officials, consuls and residents of Phuket will be able to see that PYCC is ready to provide international quality services.”

At the meeting, Phuket Marine Office Chief Phuriphat Theerakulpisut announced that the installation of 10 additional relay towers – six in Phuket, two in Phang Nga and two Krabi – for the Automatic Identification System (AIS) has officially begun and will be completed by September 20.

“We spent 15 million baht of the 2012 fiscal budget to install the AIS locator and radar system in Chalong as part of the Vessel Traffic Management System (VTMS). This year, we will be using 45mn baht to expand the radar system throughout Phuket and to the surrounding provinces,” said Mr Phuriphat.

“In the past, if an accident occurred, we would have to search for the boat in trouble. Now, we will know exactly where the accident happened and our rescue boats will be able to get to the scene faster.

“We are also looking to set up a marine safety center at which we will have patrol boats on call to help in case of an accident. Additionally, we will be able to share our tracking information with the Navy so it will be easier for them to help when necessary.”

Mr Phuriphat added that once the phase II radars are installed, the system will be expanded to Ranong and Trang.

“We have proposed the project and requested funds from the 2015 fiscal budget. We are now awaiting final approval,” Mr Phuriphat said.