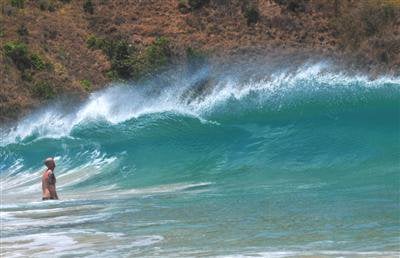 PHUKET: With the local economy continuing to suffer because of political strife elsewhere in the country, it is time for Phuket to take a more independent approach to destination marketing, one tourism industry analyst says.

Bhuritt Maswongsa, vice president for marketing of the Phuket Tourist Association (PTA), said the average occupancy rate in Phuket for April 2010 was about 70 percent.

Despite protests in Bangkok throughout the month, the figure represents about a 15 to 20 percent increase year-on-year, he said.

In comparing the figures it is important to remember that last April the red shirts took over the hotel scheduled to host the Asean summit in Pattaya over Songkran, he said.

Current overall occupancy is about 50 percent on average for the whole island, but this is normal for May, which is the start of the low season, he said.

The impact of more stringent travel advisories for Thailand issued by some countries has varied market by market, he said.

The Australian government recently changed its travel advisory status for Thailand overall from “high degree of caution” to “reconsider your need to travel”.

The effect of the protests has been more pronounced on the mainland Chinese market, he said.

“Some governments, like China, stopped sending people from some parts of the country, but there are still a few regular charter flights from Shanghai and Guangzhou to Phuket. Daily flights by Dragonair from Hong Kong have been suspended ‘until further advice’,” he said.

In the face of much negative publicity in the international media, the PTA is “trying to paint the picture that life is the same as usual in Phuket,” he said.

Given events in recent years, the PTA would like to help independently ‘redevelop’ Phuket in terms of attractions, services and infrastructure.

“The situation over the past two years shows that Phuket can stand on its own. We can have our own direct flights here. We can choose our own marketing strategies. Phuket can be independent from the total picture of Thailand. Everything needs to be redeveloped to maintain Phuket as a world-class destination,” he said.

People in government often use ‘sustainable tourism’ as a catchphrase, but in fact do little to help Phuket achieve this goal, he said.

The lack of a good public transport system and effective environmental protection measures demonstrate this, he said.

Dugong in decline off Phuket