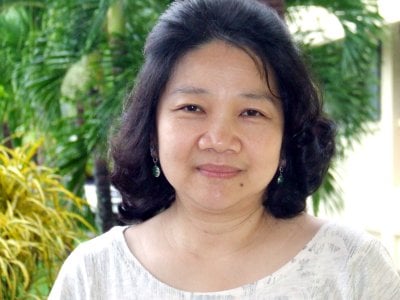 PHUKET: The Office of the Attorney General (OAG) in Bangkok has petitioned UK authorities to place Lee Aldhouse under provisional arrest when he is released from Wormwood Scrubs Prison in London on September 24.

Mr Aldhouse, 28, is wanted for the stabbing murder of former US Marine Dashawn Longfellow in Rawai on August 14. The incident occurred after a brawl between the two earlier that night.

Mr Aldhouse was arrested at Heathrow Airport on arrival in the UK under an outstanding warrant issued after he fled the country while out on bail for a previous offense.

Sources told the Gazette he worked as a bouncer in Spain for a number of years before making his way to Thailand.

Prosecutor Intranee Sumawong, OAG Executive Director of International Affairs, told the Gazette, “To compile the application as quickly as possible, we asked for his provisional arrest as we have a treaty between us, but we need to provide evidence of who Aldhouse is and what he is wanted for.

“We also filed a prosecution order, as they want to make sure we will prosecute him after he is transferred to us.”

She explained the application was made through diplomatic channels, via the Thai Ministry of Foreign Affairs.

“The file is probably now at the Home Office. How long it takes depends on them,” she said.

Ms Intranee pointed out that extraditing Mr Aldhouse was a delicate matter.

“The British will not extradite their citizens to any country for charges that include execution as punishment. So in the case of Lee, who is facing a charge of premeditated murder, we have to be especially careful.”

“The Thai government probably will have to give assurance to the British government that he will not face execution, but that doesn’t mean he will not be punished,” she said.

Such an “assurance” is likely to be a pardon from execution to “something like life imprisonment,” she said.

Chalong Police Superintendent Wichit Intorrasorn, the leading officer in the murder investigation in Phuket, said, “This is the fastest extradition case in 10 years. American authorities and the victim’s family are happy with our efforts. Right now it depends on England when he will be sent to us.”

Mr Aldhouse’s girlfriend, who has confessed to playing a key role in helping the fugitive escape Thailand, has agreed to testify against Mr Aldhouse and to cooperate with the police in building their case against him, he said.

Phuket Provincial Prosecutor Tawan Sukyiran earlier told the Gazette Mr Aldhouse will likely face assault charges against his girlfriend, whom he allegedly beat while she was asleep in bed. That incident happened at an undisclosed time before the night of the stabbing.

Mr Aldhouse’s girlfriend, from the northeast province of Udon Thani, was left with bruises on her face, broken ribs and damaged kidneys, Mr Tawan said.

Mr Aldhouse also faces a lesser charge of theft from a 7-Eleven store, he added.

The Englishman was caught on CCTV demanding knives from terrified workers at the convenience store before the fatal altercation with Mr Longfellow.