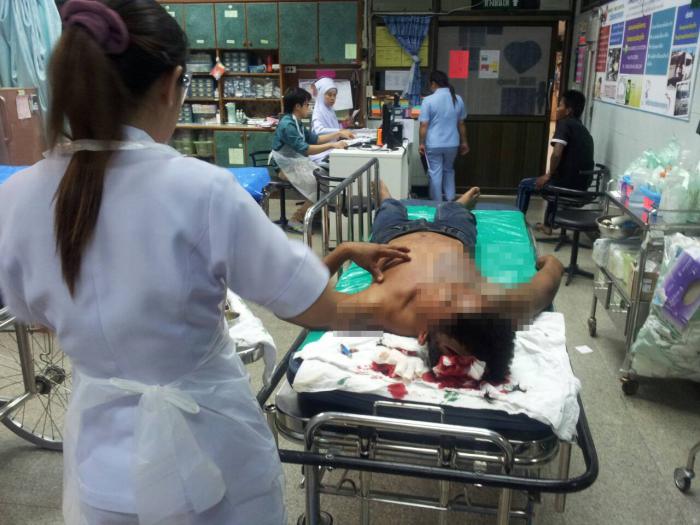 PHUKET: A woman attacked her husband with a knife on Thursday after being told that he had repeatedly raped her daughter, who was his stepdaughter.

The mother heard that her 14-year-old daughter was raped after the girl became pregnant and sought advice from relatives, said Maj KitthiphumThinthalang of the Thalang Police.

“The mother slashed his head outside of a 7-Eleven in Baan Manik, Thalang,” Maj Kitthiphum said.

“The man was badly bleeding from a 4-inch-long cut, and rushed to Thalang Hospital.”

Police are continuing their investigation into the alleged rape, as well as the attack, confirmed Maj Kittipum.