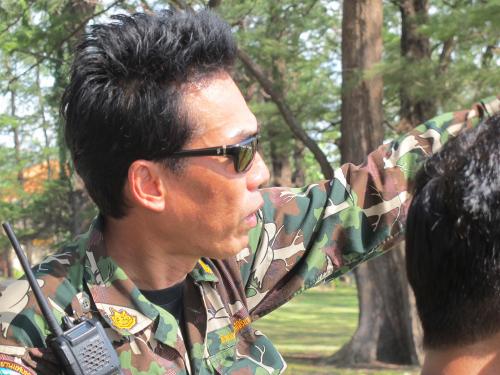 PHUKET: The Department of Special Investigation (DSI) yesterday declined to name anyone under investigation for allegedly issuing land titles for plots within Phuket’s Sirinath National Park.

The news came as Chief of the DSI’s Consumer and Environment Protection Office Prawuth Wongsinil, publicly announced that his office will investigate only two of the 11 resorts identified by former Department of National Parks (DNP) chief Damrong Phidet as allegedly encroaching on Sirinath Park (story here).

One of the two resorts under investigation by the DSI is in Cherng Talay, while the other is near Nai Thon Beach, Lt Col Prawuth said. He declined to name either of the resorts.

Additionally, he added that his office would not publicly announce the identities of any persons allegedly involved in the encroachment, including government officers.

“The DSI has not directly received any complaints filed by a government office about any of the other nine cases [identified by Mr Damrong],” he said.

“If we receive a complaint filed directly to us about any of these, we will consider investigating them. Until then, however, we will not take action against any of them,” Col Prawuth explained.

He added that the DSI might take some time in carrying out its investigation of the two plots.

“We have to gather as much evidence as we can and send it to ‘experts’ in Bangkok to check,” he said.

Sirinath National Park Chief Cheewapap Cheewatham warned earlier this year that the DSI would be called in to carry on the investigation after 400 promised DNP officers failed to arrive to carry out a large-scale investigation (story here).

Mr Cheewapap continued his campaign against encroachers yesterday by leading an inspection tour of two other sites believed to be within the boundaries of Sirinath National Park.

“We have confirmed that one of the sites is inside the park and the case has been transferred to local police to take action,” he told the Phuket Gazette.

“We have yet to confirm the other site is within the park. We are still investigating that one,” he added.

At last report, Mr Cheewapap has filed no less than five complaints to local police to take action against alleged encroachers (story here).

The Gazette has yet to be informed of any pending legal action against any of those five.

The top-flight parks chief inspected 21 rai near Nai Yang Beach where the land had been cleared, ready for development, and 17 rai near Nai Thon Beach that had been fenced and was already in the process of being developed.

Park chief Cheewapap believes suspect land title deeds have been issued for 2,000 rai within the 60,000 rai of Sirinath National Park.

“We have added six more cases to our list. These involve NorSor 3 Gor and Chanote deeds issued for for land inside National Park boundaries,” he said.

“Right now, we cannot reveal any further information because government officers are involved,” he added.

Phuket Immigration on the lookout for stolen visa stickers