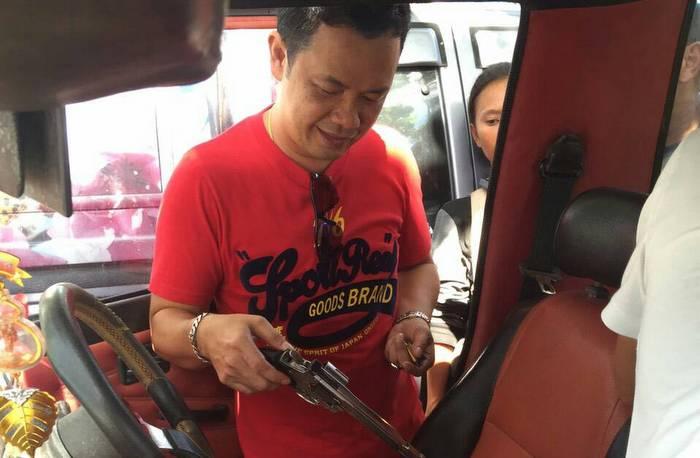 PHUKET: Phuket police are hunting a jet-ski operator who pulled out a firearm yesterday right in the middle of Patong Beach.

“We arrived at the beach after receiving a report of an argument between two jet-ski operators. However, Banyong Thonghorm, 46, had already fled the scene,” said Lt Col Sutthichai Thianpho of the Patong Police. “Witnesses led us back to his vehicle where we found a revolver with matching rubber bullets.”

When police visited Mr Banyong’s house, his wife told them that he was “not home”.

“We are still looking for him. However, the victim has yet to file a complaint, so we are not pressing any charges at this point,” Col Sutthichai said.