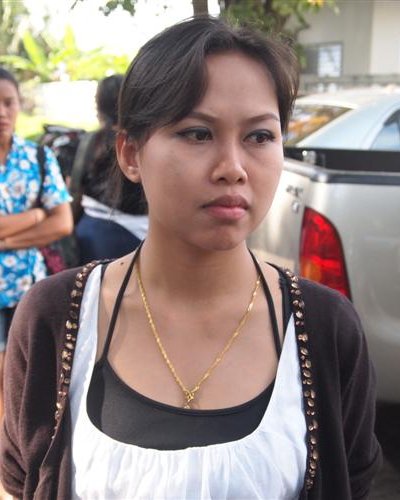 PHUKET: A Phuket fruit vendor died yesterday from a severe allergic reaction to a spider bite, his pregnant wife believes.

Mrs Piyanan Boonsri, 30, took her husband Wanchai Wonglakorn from their home in Mai Khao to Thalang Hospital on Sunday evening after he complained of soreness in his arm.

Eight month’s pregnant, the young wife said her husband returned from work as normal at about 6pm, then showered and changed clothes.

At about 8pm he complained of soreness to his right arm, saying the pain was so severe he could not lift it. An inspection revealed what appeared to be a red bruise and a small set of fang marks on his armpit.

Mrs Piyanan took him to Thalang Hospital, where he was given pain medication, told to rest and come back at 8am the following morning.

“I took my husband home, but he didn’t get any better. By 6am he told me he was in agony, so I took him back to the hospital where blood samples were drawn and x-rays taken. As we waited for the results, he complained of tightness in his chest and had trouble breathing. Doctors gave him cardiopulmonary resuscitation, but he passed away,” she said.

The official cause of death was listed as anaphylaxis from the bite of an unidentified animal, she said.

Mrs Piyanan is preparing to transport the body of her husband back to their native Sakon Nakhon province in northeastern Thailand.

Dr Sak Thaenchaikul of the Phuket Provincial Health Office is scheduled to release a statement about the case later today.