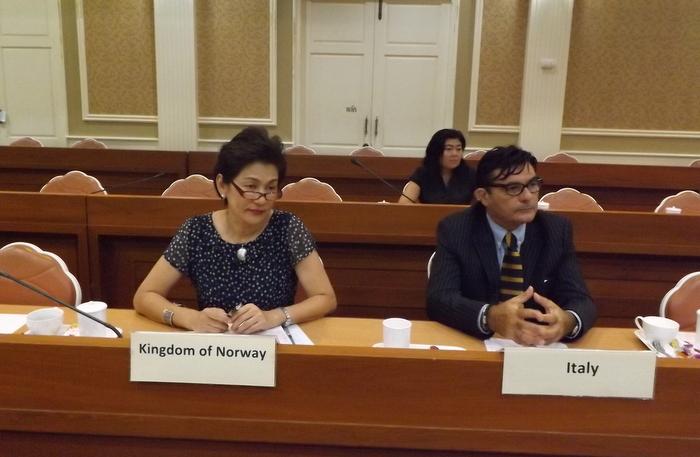 PHUKET: The honorary consul to Phuket from Norway proposed on Wednesday that a speedboat taxi service be put in place along the island’s east coast, connecting Phuket International Airport with Chalong.

“There are very few options for locals and tourists to get from the airport to Chalong that are both convenient and affordable,” said Pornphan Sittichaivijit, the Royal Norwegian Honorary Consul for Phuket. “With no efficient form of public transportation, everyone is forced to buy a car or motorbike, which leads to heavier traffic congestion.”

Ms Pornphan noted that the east-side boat service didn’t necessarily have to connect the airport and Chalong, pointing out that Saphan Hin would also be a good destination in the south, while the boat service could utilize piers already in operation, such as the ones at Bang Rong, Ao Por Grand Marina or Yacht Haven Marina.

“It would be much cheaper and easier to then get a taxi from one of these sites, which are well past major traffic jams on the island,” Ms Pornphan said. “It also makes sense because the east coast water conditions are good all year.”

“Nonetheless, I understand that this is a good alternative to avoid traffic jams. My staff and I will reconsider the plan to find an effective way to use marine transportation on the east coast,” Vice Governor Prajiad said.

Already, a proposed project to offer a speedboat shuttle service from Phuket International Airport to Patong has passed its Environmental Impact Assessment.

Unlike the east coast service idea, the west coast one would only be available about six months a year due to the southwest monsoon season (story here).