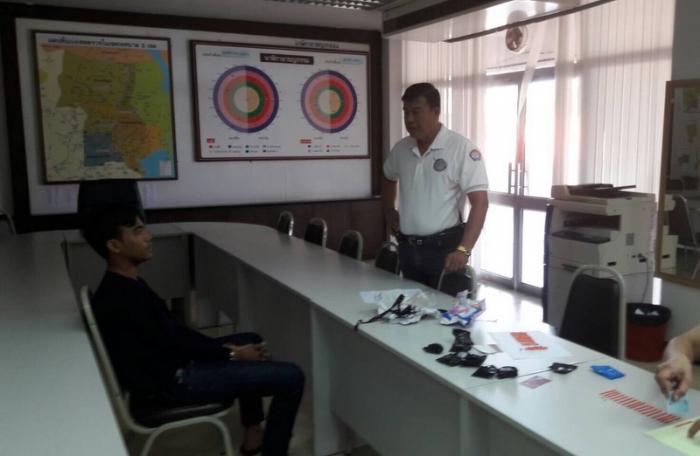 PHUKET: A drug dealer was arrested with about 2,000 ya bah (methamphetamine) pills at Phuket Bus Terminal 2 on Thepkrasattri Rd on Saturday evening.

Sarawuth Koraneesak, 23, had bought the pills in Bangkok for delivery to a customer in Phuket. He was waiting for the customer to come and collect them when he was arrested.

“Our officers were just doing their usual patrol duty, but they noticed Mr Sarawuth behaving suspiciously, so they asked to search him. They found him in possession of nine plastic bags filled with the illicit pills,” said Lt Col Chatchai Choonu of Phuket City Police.

Mr Sarawuth named the customer only as ‘Boy’ but there was no sign of him after the ‘suspect’s arrest.

“He said that it was his first time doing this,” Col Chatchai added.

Mr Sarawuth was charged with possession of a Category 1 drug with intent to sell and was taken to Phuket City Police Station for further processing.