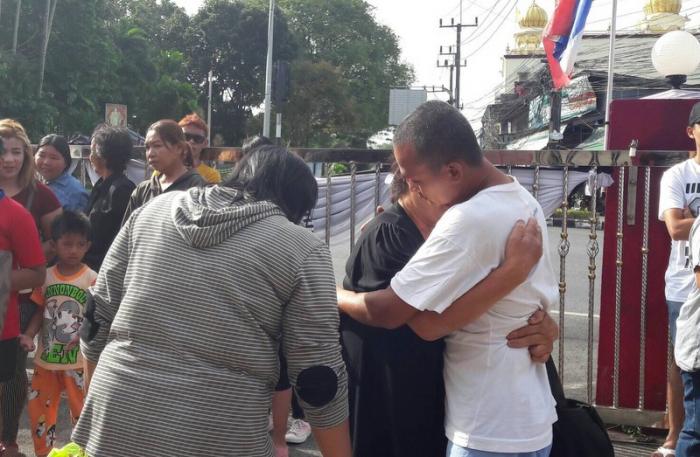 PHUKET: The first batch of prisoners was released from Phuket Prison yesterday morning, following the announcement of a Royal pardon earlier this month to commemorate the start of the reign of King Rama X.

Phuket Prison Commander Somkit Kammang presided over the event as a crowd of relatives stood outside the prison walls, waiting to welcome 147 inmates who qualified for the first round of release.

“These prisoners, of which 21 were women, were known for their good behavior during their imprisonment and had already completed one-third of their full sentences,” confirmed Mr Somkit.

“Most of them were incarcerated for sexual offenses, drug-related crimes and property damage.

“About 80 per cent of the total of 1,590 prisoners set to be released were charged with drug-related crimes. We have set up workshops so they can be educated on how to live better lives and integrate themselves as skillful, contributing members of society. We expect them not to ever commit crimes again.”

According to the Royal Gazette, early releases were granted to convicts who were doing public service, who were being released on probation, who had less than a year of their terms to serve, or who had served not less than one-third of their jail terms.

Blind or seriously sick inmates were also considered for release, as were women serving their first jail terms who had already served more than half the sentence.

The royal pardon was also granted to prisoners aged over 60 who had served not less than five years or at least one-third of their jail terms, as well to inmates under 20 years of age who had done more than half their sentences or had less than two years left to serve.

Death sentences will also be commuted to life imprisonment, the Royal Gazette said.

Phuket drug dealer arrested with B400k of ya bah pills