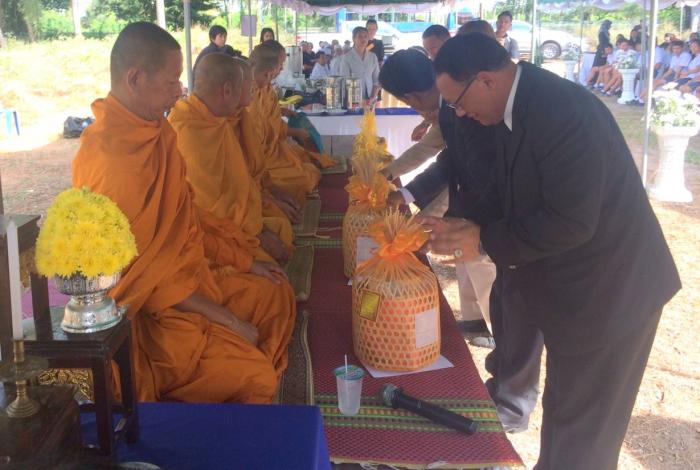 PHUKET: The 12-year anniversary for the victims of the devastating 2004 Tsunami was held this morning at several memorials on the island.

The Tsunami pulverized the Andaman coast with waves up to 100 feet high. More than 5,000 people died and 3,700 remain unaccounted for to-date.

At about 9am OrBorTor Mai Khao arranged Buddhist, Islamic and Christian rites’ services at the Tsunami Memorial Wall in Mai Khao. After the services, all attendees of the event together laid wreaths in the memory of those who were lost in the disaster.

Thalang District Chief Wikrom Jakthee presided over the event, joined by OrBorTor officers, embassy representatives, victims’ relatives and many others.

“The waves took away so much from us. So many lives were lost, and we cannot even begin to estimate other losses. This anniversary is being held not only in remembrance of who are gone, but also to build a stronger community that is educated and prepared for any future incidences of the kind,” said Mr Wikrom in his speech at the event.

Tonight, Patong Mayor Chalermluck Kebsup will lead memorial services at Loma Park in Patong, to light up in memory of the lost lives.

Phuket drug dealer arrested with B400k of ya bah pills