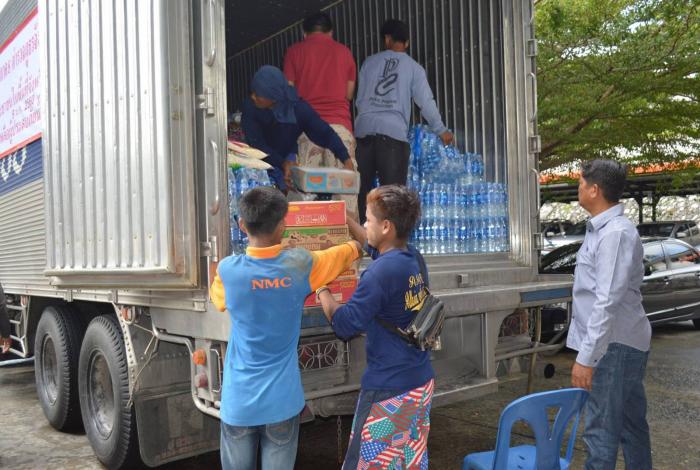 PHUKET: Both private and government sectors have stepped up to generously donate daily items of use for flood victims in the south of Thailand.

Most of the southern provinces have been adversely affected by floods following incessant rains last week, after which Phuket Governor Chokchai Dejamornthan launched a donation drive (story here).

On Monday, Phuket Provincial Police loaded two ten-wheelers with dried foods among other commodities to send to Nakhon Sri Thammarat Province. Some donations were also transported to Chumphon and Surat Thani earlier this week.

The Department of Disaster Prevention and Mitigation (DDPM) Phuket office has been swamped with donations from locals all week, with Phuket Vice Governor Sanit Sriwihok and DDPM staff standing by to receive and prepare them for distribution to the affected areas.

“The Children and Home Foundation Phuket made a donation of 20,000 baht, while a total of 50,000 baht was donated by individual donors. These donations comprised dried foods, instant noodle, canned fish, water, medicine and other items,” said V/Gov Sanit.

“We will keep receiving donations and send them to the affected areas as swiftly as possible. They need our help, so please donate at the DDPM office or a local municipality office near you.”