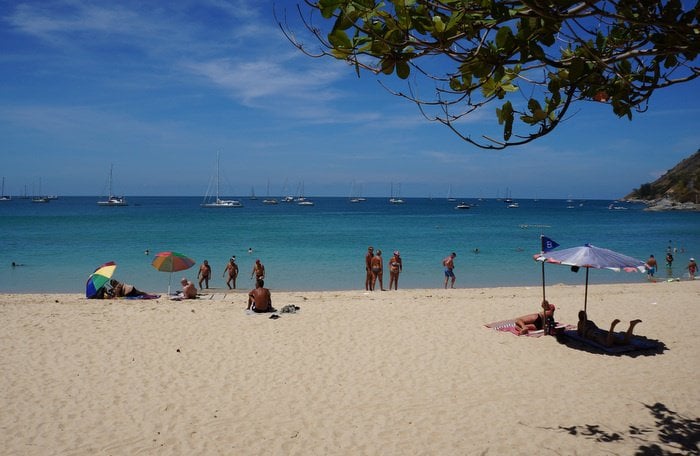 PHUKET: Local officials are still wrangling over how to manage Phuket’s beaches, forcing Vice Governor Chokdee Amornwat to postpone revealing details of the new plan beyond his self-imposed November 1 deadline.

V/Gov Chokdee admitted to the Phuket Gazette yesterday that the release of a concrete plan regarding the future of the island’s beaches would be delayed for at least another two weeks.

On October 20, the Vice Governor announced that four working groups had been assembled to tackle the tricky beach management problem, including bringing on the island’s top religious leaders to weigh in on the issue (story here).

“I do not think we can wrap it up by the end of this month as we expected,” V/Gov Chokdee said yesterday. “As I have said before, the beach management system is a very sensitive topic. We have to work on it very carefully because there are so many laws involved.”

Until a permanent plan can be laid out, the current 10 per cent zoning rules implemented by former Phuket Governor Nisit Jansomwong will remain in place.

“We are working on it now and will make it happen as soon as we can,” V/Gov Chokdee said. “At this stage, I am aiming for two weeks. Then we will be able to implement solid long-term beach regulations.”