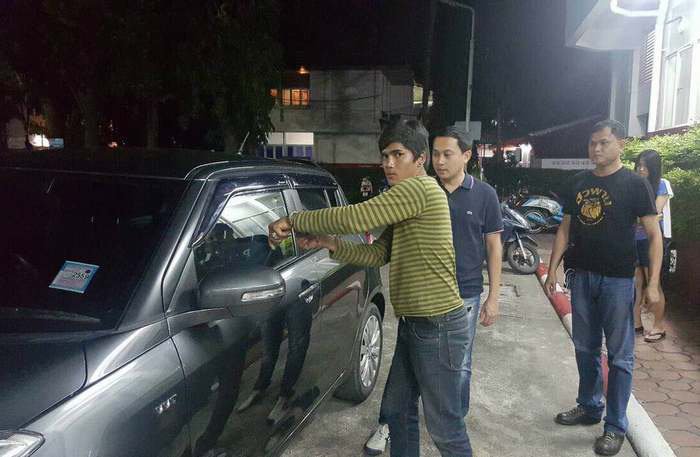 PHUKET: A serial thief was arrested in Srisoonthorn last night after police were able to track down the motorbike he used during the crime spree.

Jessadakorn Sukkrajang, 18, was apprehended at his home at about 9pm, confirmed Lt Col Somsak Thongkliang of the Phuket City Police.

“We have been searching for Mr Jessadakorn for about a month now,” Col Somsak said. “The licence plate number of the motorbike used during the break-ins was captured on CCTV. However, the owner of the bike lives in Chumphon Province.”

Police then traced the bike to the owner’s relative in Phuket whom often lent it to his coworker, Mr Jessadakorn.

“We then went to Mr Jessadakorn’s room where he confessed that he would randomly smash car windows to steal cash, glasses, amulets or any valuables other than cards and documents,” Col Somsak explained.

Mr Jessadakorn admitted that he stole the cash to buy drugs and go to massage parlors and karaoke clubs.

“Mr Jessadakorn has been arrested for theft four times already in his hometown in Songkhla,” Col Somsak explained. “He has now been charged with theft in Phuket.”