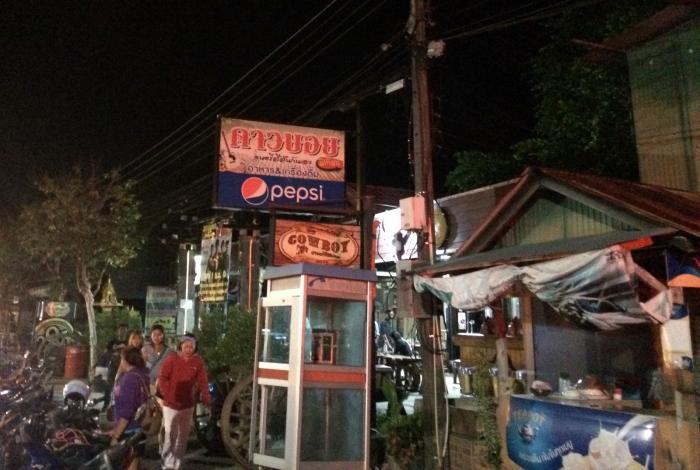 PHUKET: A man was stabbed to death by a fellow staff member at a Phuket Town bar early yesterday morning.

“We found the body of Srichan Intaburi, 48 at a bar named Cowboy Pue Chiwit on Surin Road, with knife wounds to his chest and stomach. He was lying face up on the kitchen floor in a pool of blood,” said Lt Col Thaksin Pinyo of the Phuket City Police.

Other employees at the bar named the suspect as Attapong Chanasuek, 21.

“Witnesses told us that Mr Srichan and Mr Attapong regularly argued at the work place. On this particular day, however, the two fought up until Mr Attapong stabbed the victim and fled on his motorbike,” added the Colonel.

The suspect was apprehended within two hours at a house in Wichit, with a 20-cm knife.

“Mr Attapong told us that he felt a headache coming after having a drink offered by a customer. Soon after, he went to the counter and fell asleep,” he added. “He confessed to the eventual stabbing, but said that Mr Srichan first hit him over the head with an ice bucket, dragged him into the kitchen and punched and kicked him several times.”

The suspect then reportedly ran to take the knife out of his locker to protect himself.

Mr Srichan’s body was taken to Vachira Phuket Hospital for further examination. Mr Attapong was charged with murder with intent, and carrying a weapon in public without permission.